The ICMG President Davide Tizzano gave the signal for the opening of the Extraordinary General Assembly, followed by the speech of the Mayor of Taranto and President of the Organizing Committee for the Mediterranean Games Taranto 2026, Rinaldo Melucci. 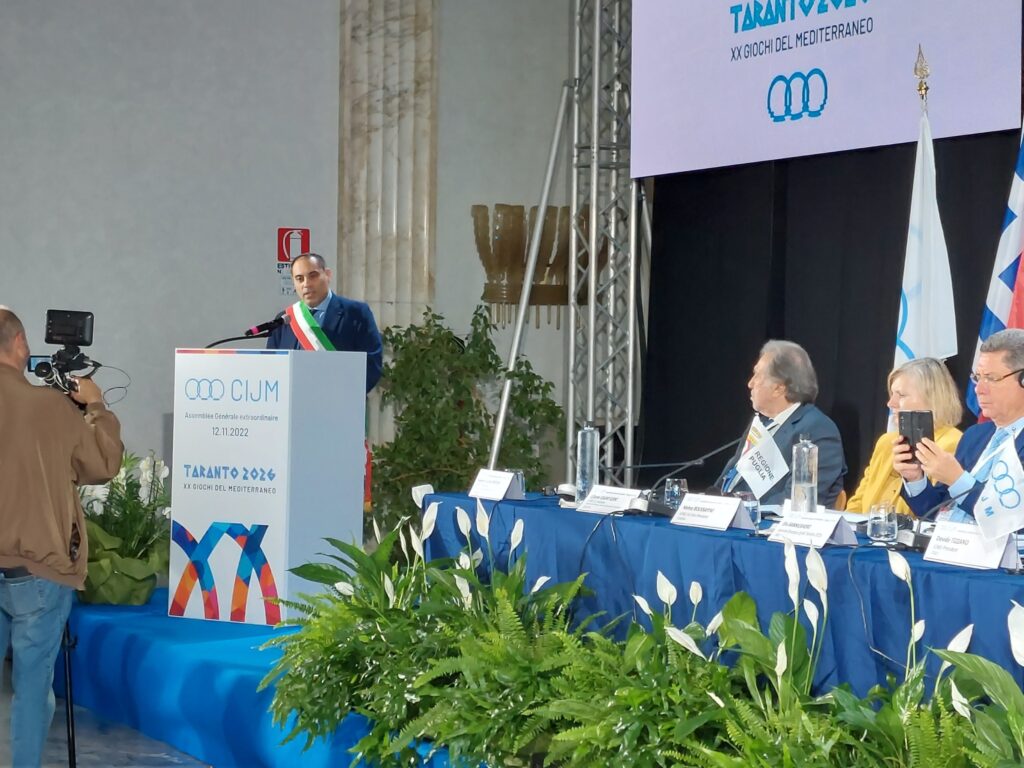 The President and the Secretary General of ICMG Davide Tizzano and Iakovos Filippousis gave commemorative presents to the Mayor Rinaldo Melucci and the General Director of the Taranto 2026 Organizing Committee Elio Sannicandro and thanked them for their hospitaly. 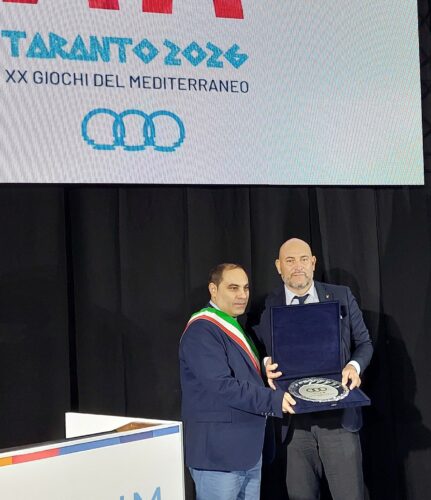 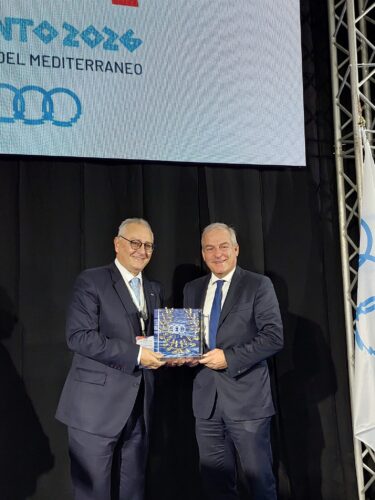 The next point on the agenda was the awarding of ICMG’s honorary titles. 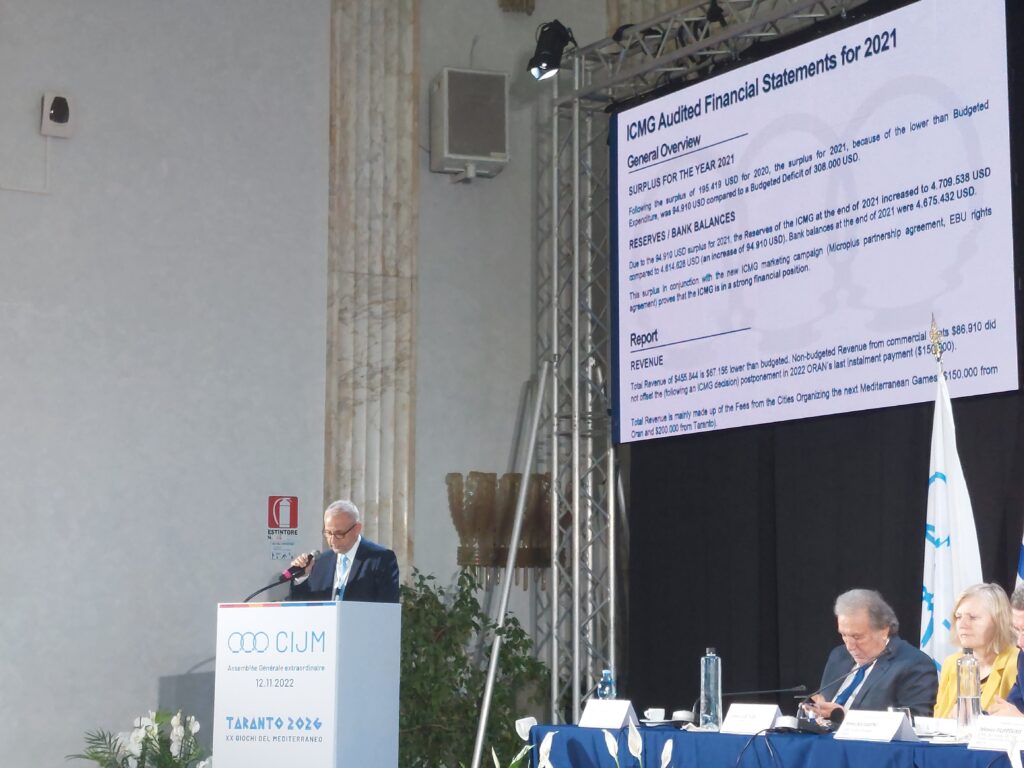 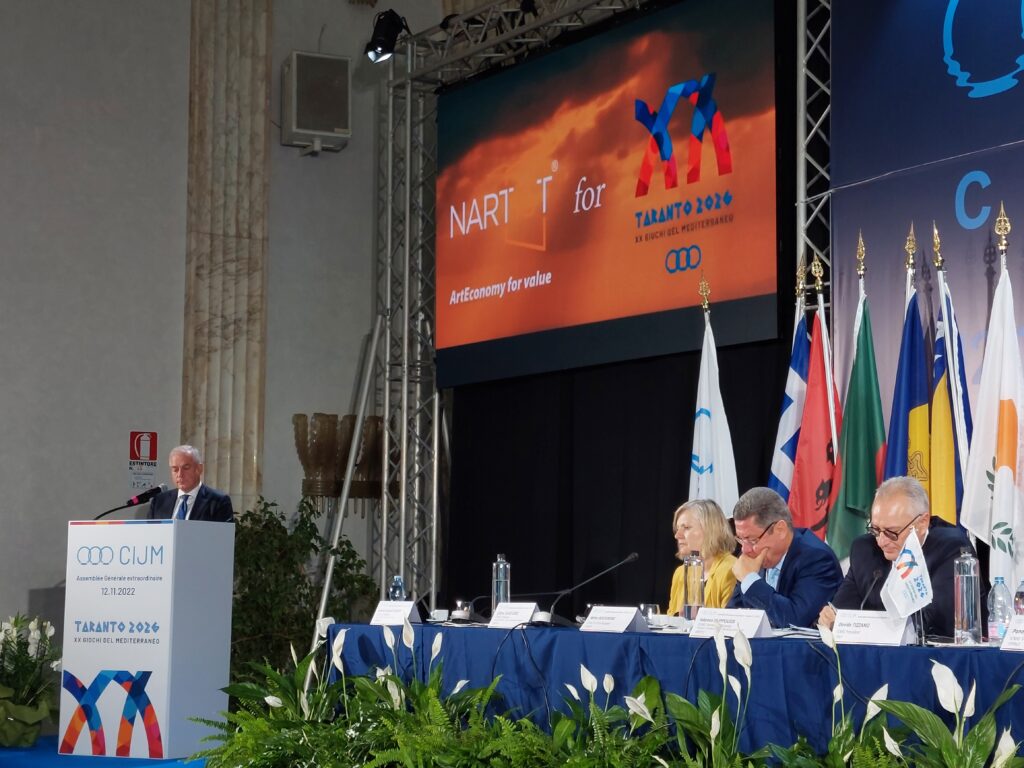 Finally, the Secretary General  Iakovos Filippousis announced that the bidding for the organization of the Mediterranean Games of 2030 and the Mediterranean Beach Games of 2027 was opened and set the next General Assembly in Heraklion, Crete, on the 1st of September 2023. 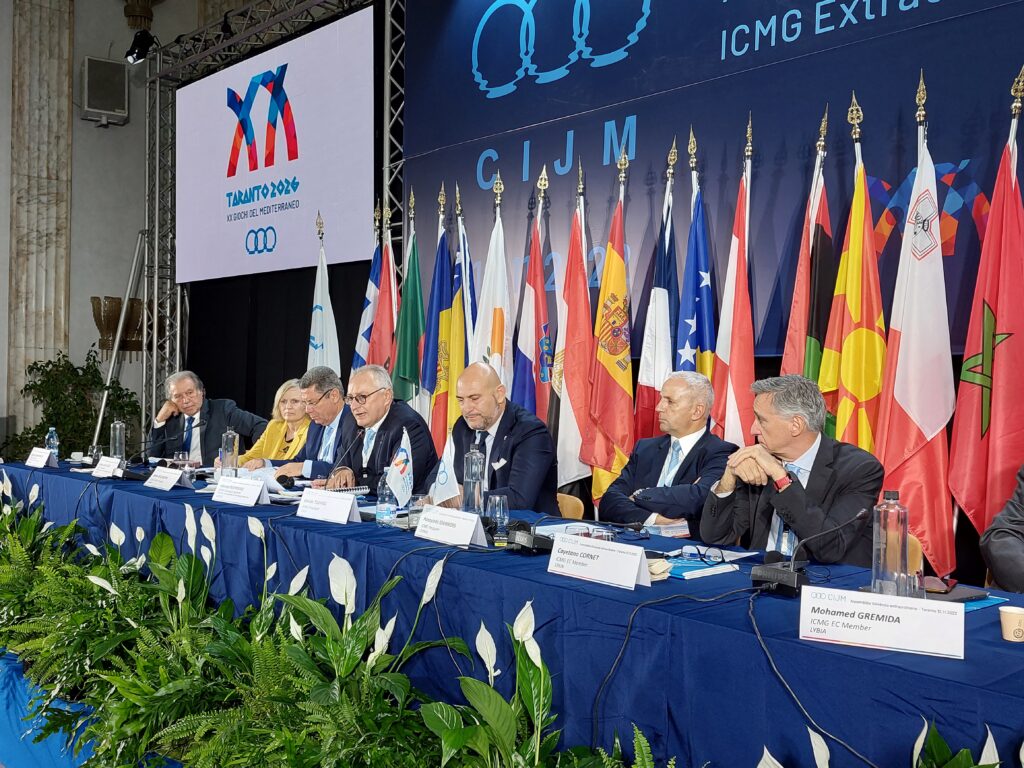