During the ICMG Extraordinary General Assembly a ceremony was held for awarding the Title of Honorary President for Life to Mr. Amar Addadi who was President in the International Committee of Mediterranean Games for 18 years (2003-2021) 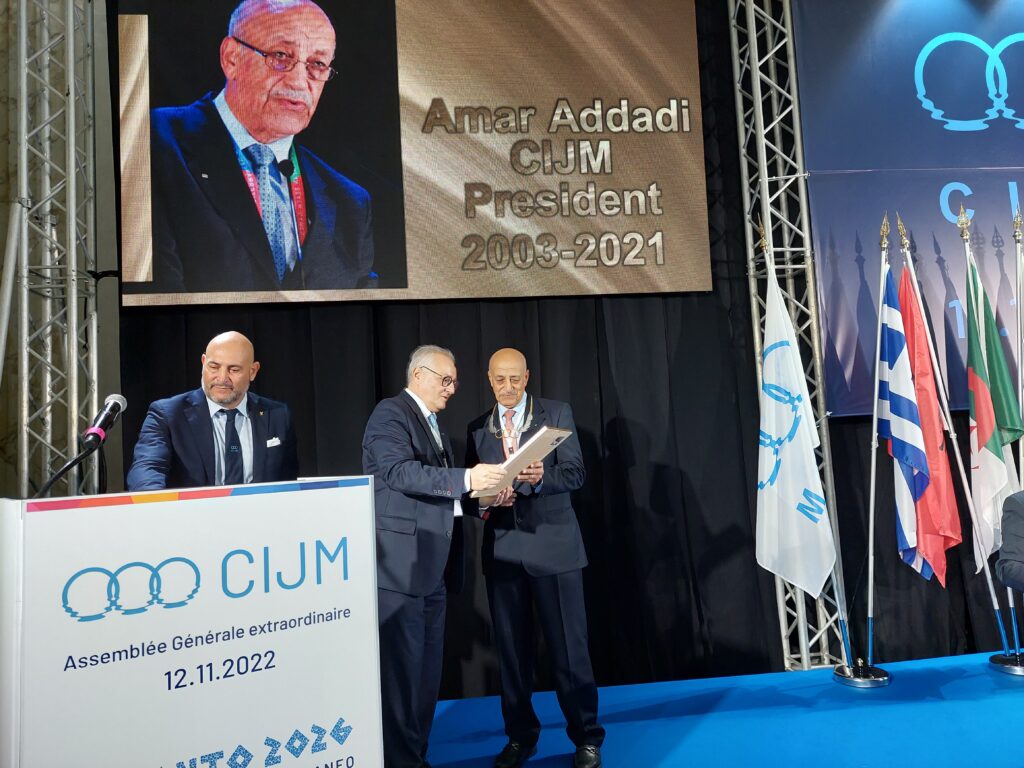 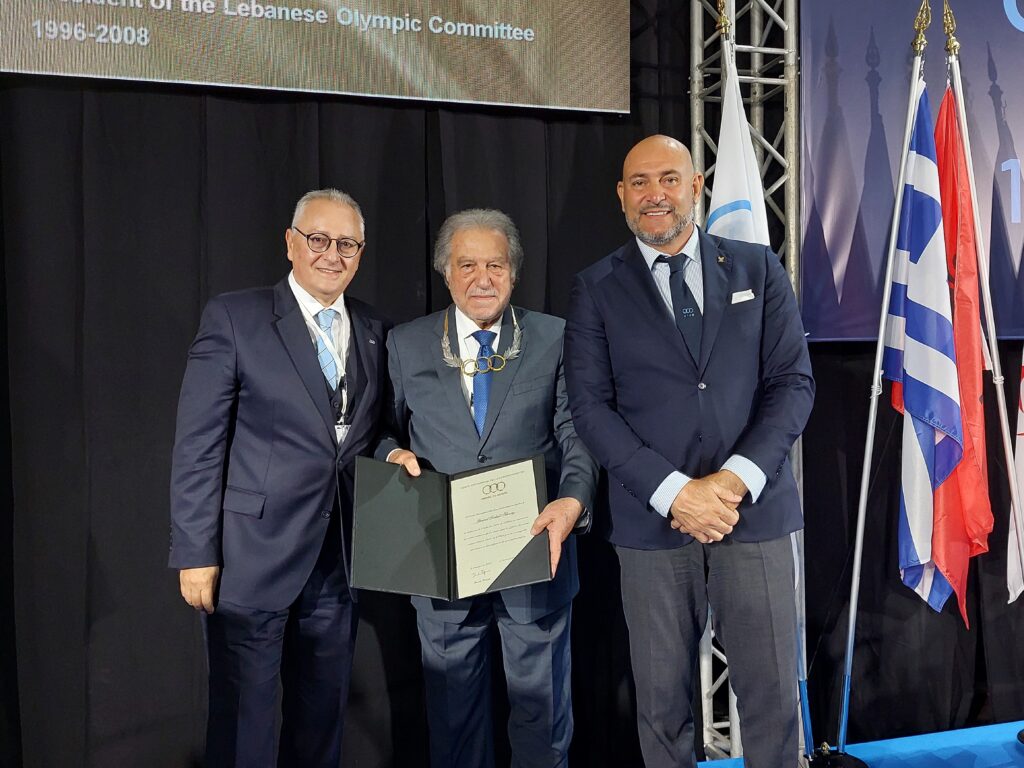 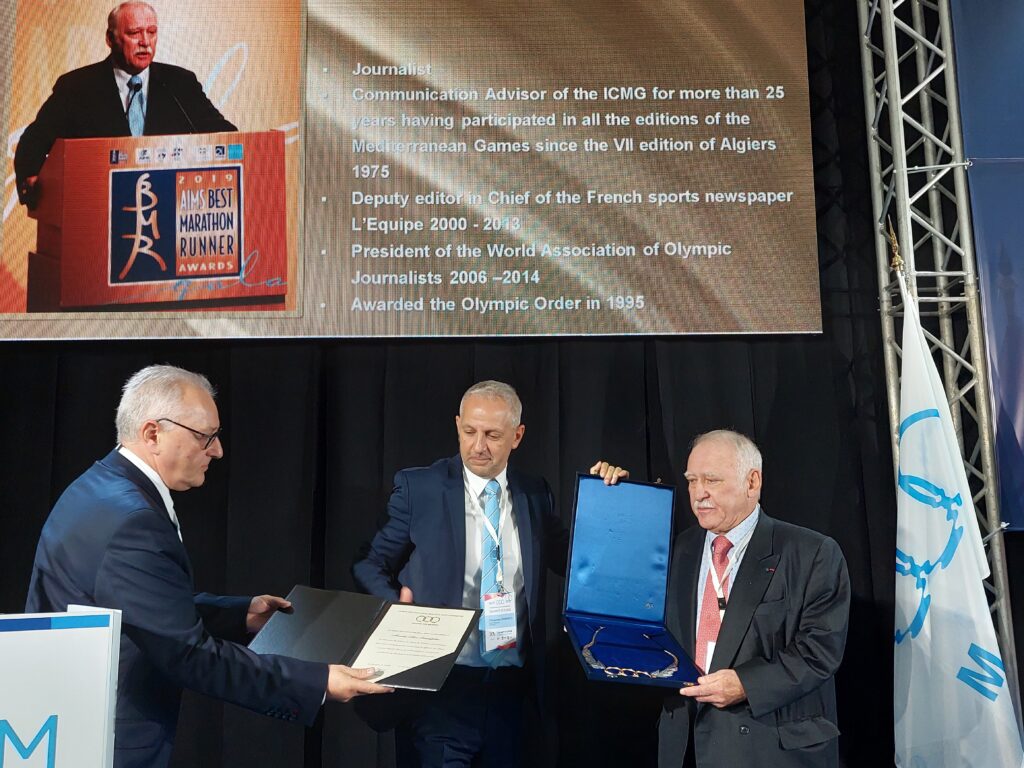 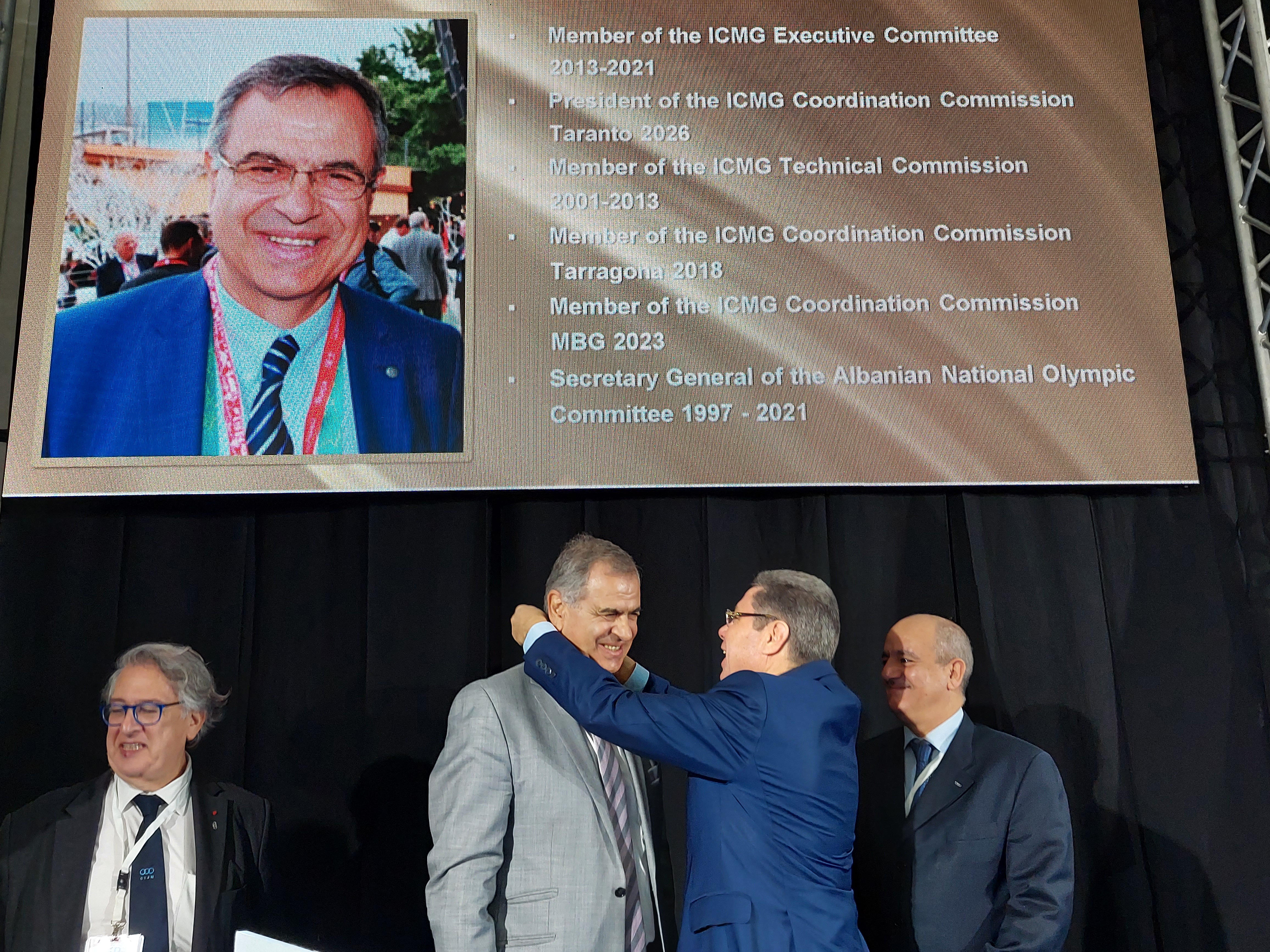 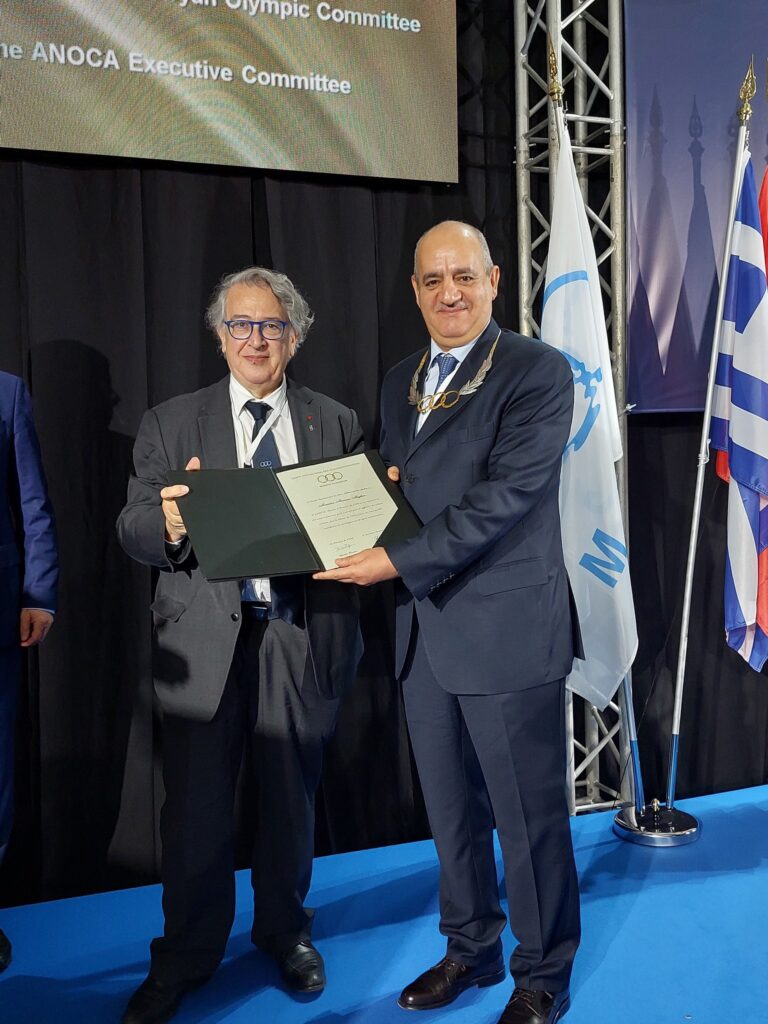 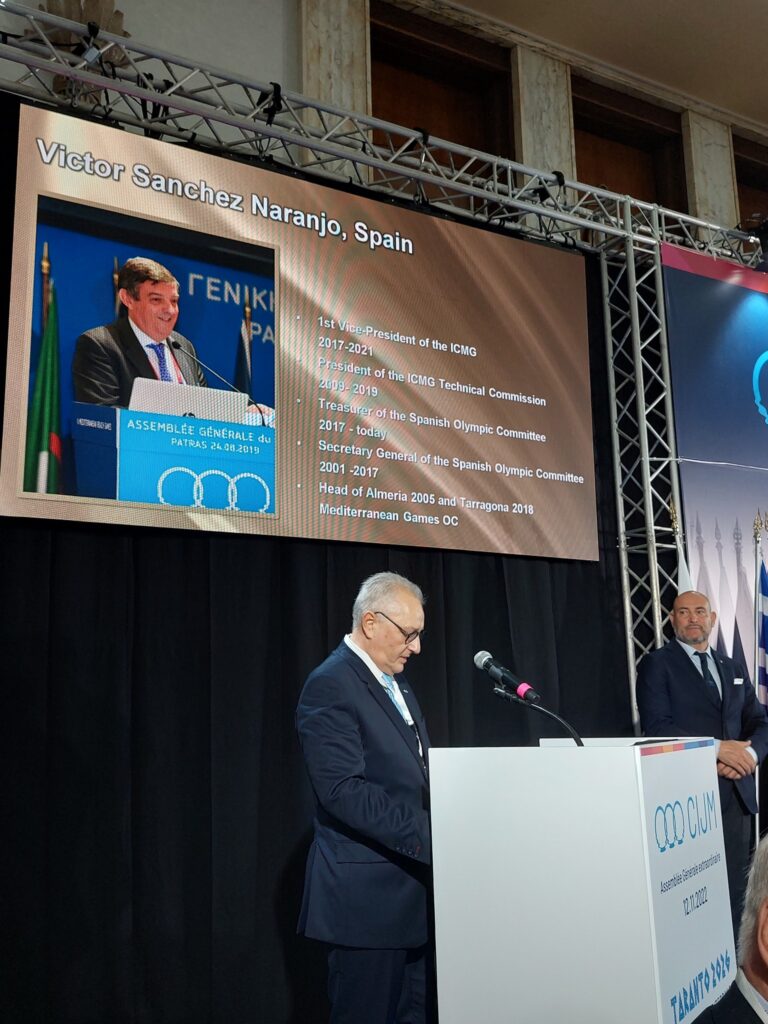 A particularly touching moment was the posthumous award of the ICMG Order of Merit to Dinos Michaelides. The award was delivered to Stratos Karetos on behalf of his family while his daughter sent a video message

A minute’s silence was also held in memory of Dinos Michaelidis. 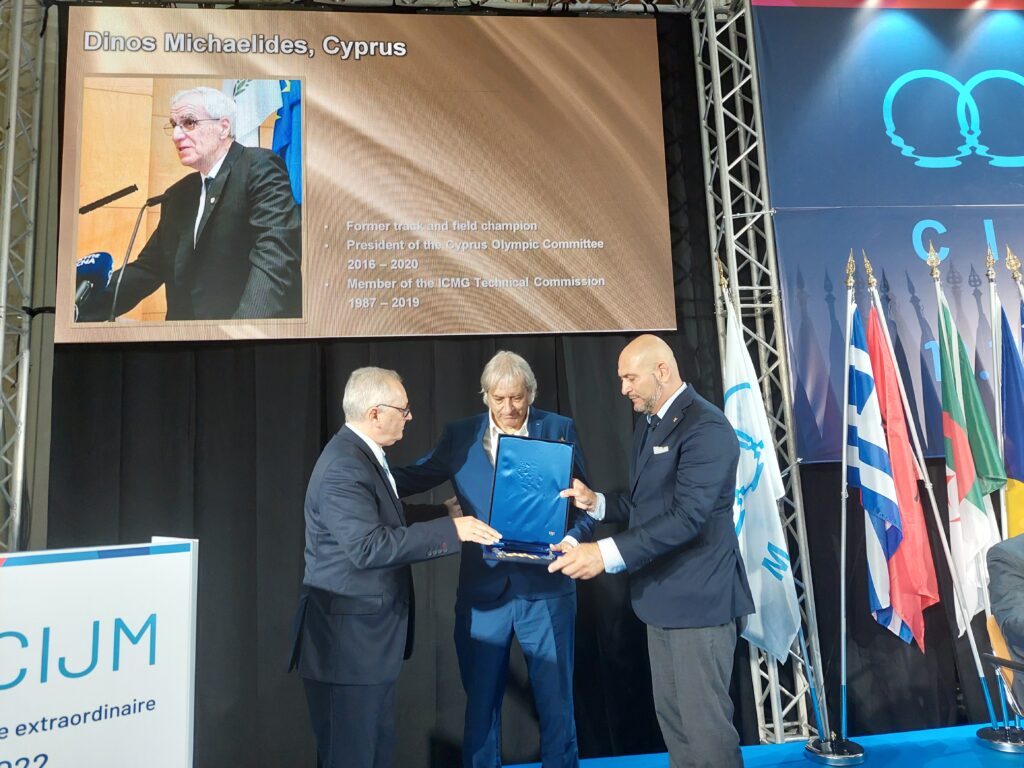 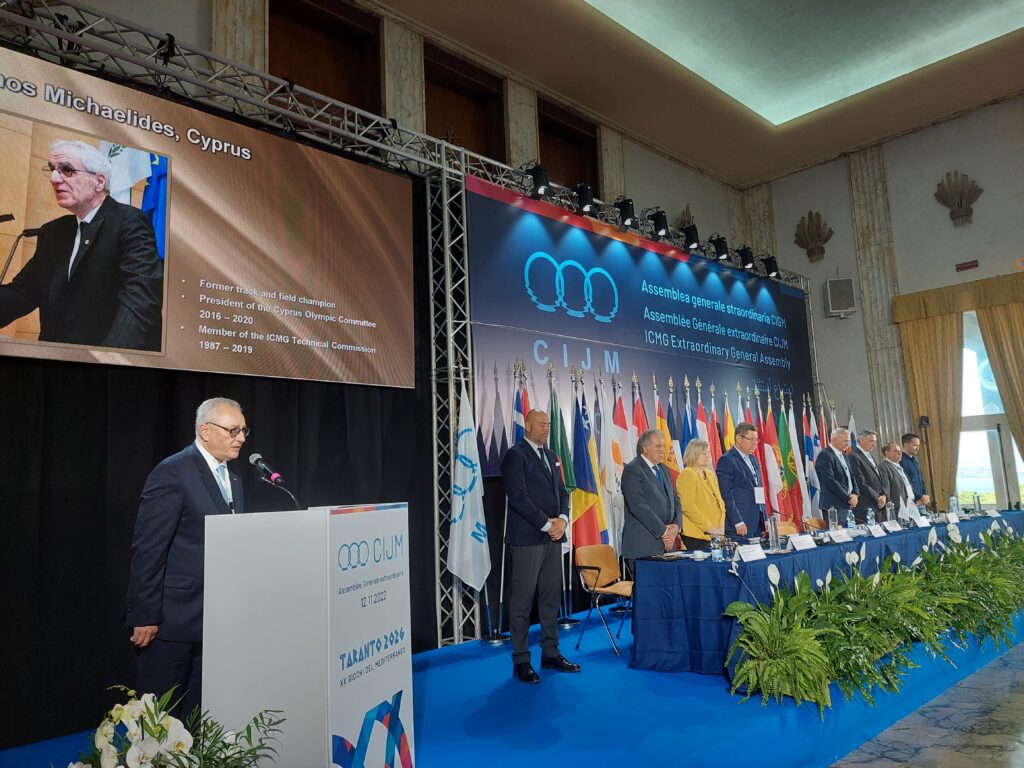