Birth of the Olympic Club of France

Ukraine Olympic Committee president Sergey Bubka, Minister of Youth and Sport Vadym Guttasait and some 20 Ukrainian athletes have been welcomed as guests of the Italian Olympic Committee (CONI) over a two-day visit in Rome.

Since the beginning of the Russian invasion of Ukraine, Italian sport leaders, CONI and 20 of Italy’s National Sport Federations have opened their training facilities hosting and supporting Ukrainian athletes who have fled the war-torn country.

Malago expressed Italy’s pride, as the first country to actively support Ukrainian athletes since the war began in February. “Here you will always find what you need and we are happy that we can provide for you,” Malagò said, addressing the Ukrainian group of rowing, taekwondo and fencing athletes present. “Always consider the Olympic training center as your second home, even if we don’t want it to become one forever since we know how much you want to return to your country.” 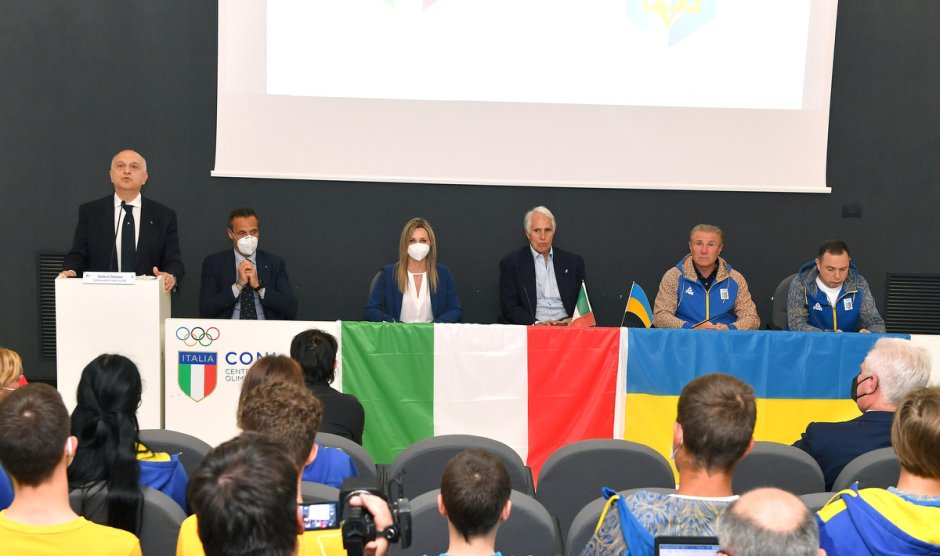