Meeting in Athens for the Mediterranean Beach Games “Heraklion 2023”

On 17 November, the headquarters of the Spanish NOC in Madrid hosted the first International Olympic Journalism Congress, which was attended by media representatives, photographers, press agencies, communications directors from Spanish sports federations, athletes and journalism students.

The Congress was organised by the NOC in collaboration with the National Sports Council, and among other topics looked at coverage of the Olympic Games with IOC experts and representatives in a series of presentations and round tables.

The president of the Spanish Olympic Committee, Alejandro Blanco, during his speech, assured that “In Spain we can be proud of the moments that Spanish sport is experiencing, with the athletes, the coaches, the clubs and the federations but we are also proud for the journalists and the photographers we have”. 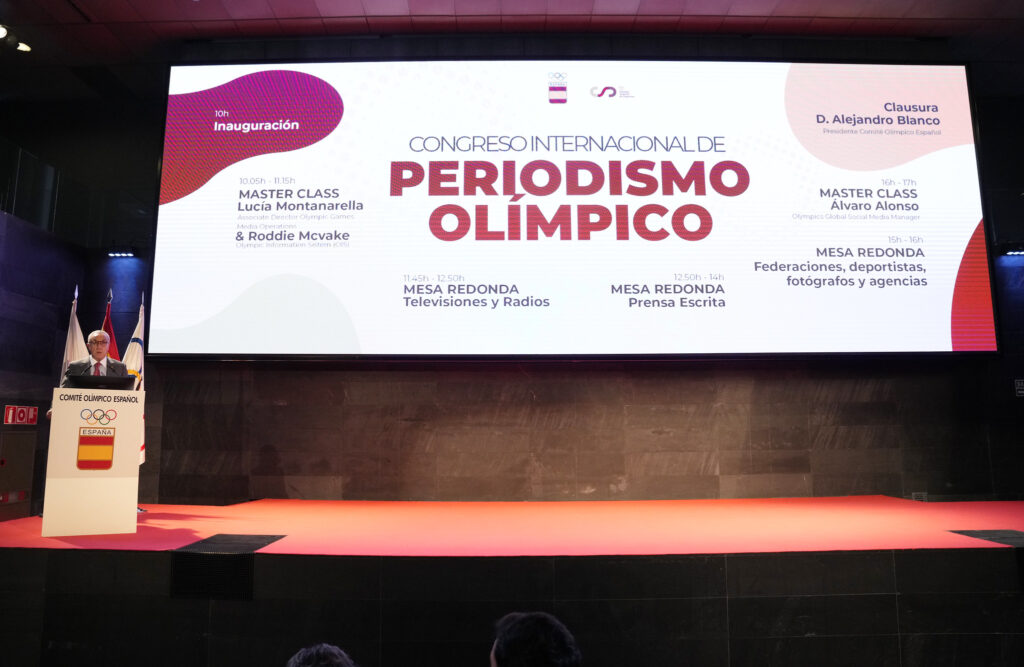