The President of the Hellenic Republic received the Olympic team

The CIJM General Assembly will be held online on October 14

Meeting of the ICMG with the Kosovo Olympic Committee

President of the Hellenic Republic Katerina Sakellaropoulou welcomed in the garden of the Presidential Palace the athletes who participated in the Olympic Games Tokyo 2020, together with their coaches. The delegation was also accompanied by the president of the Hellenic Olympic Committee and IOC member Spyros Capralos, by the chef de mission Michalis Fysentzidis and by the deputy chef de mission and ICMG Secretary General Iakovos Filippousis .

The Deputy Minister of Culture and Sports Lefteris Avgenakis and Secretary General of Sports Giorgos Mavrotas were also present. Among the athletes were Stefanos Douskos, Olympic champion in rowing, Lefteris Petrounias, bronze medalist in gymnastics as well as members of the national waterpolo team, who took the silver in Tokyo Olympics. 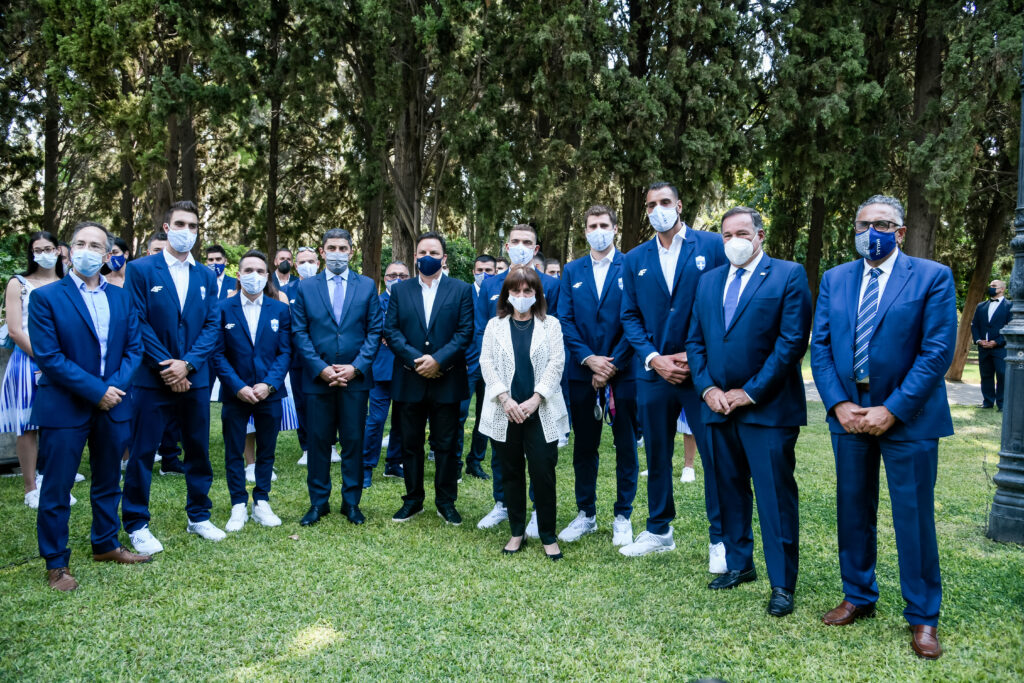