The official inauguration of the new headquarters of the Organizing Committee “Taranto 2026”  took place on the morning of Friday, November 11, at the Town Hall of Taranto, in the presence of the Mayor of Taranto and President of the Organizing Committee of the Mediterranean Games Taranto 2026, Rinaldo Melucci. The ICMG was represented by the two Vice-Presidents Mr. Mehrez Boussayene and Mr. Bernard Amsalem, the President of the ICMG Coordination Commission for Taranto Stavri Bello and the former President Amar Addadi. 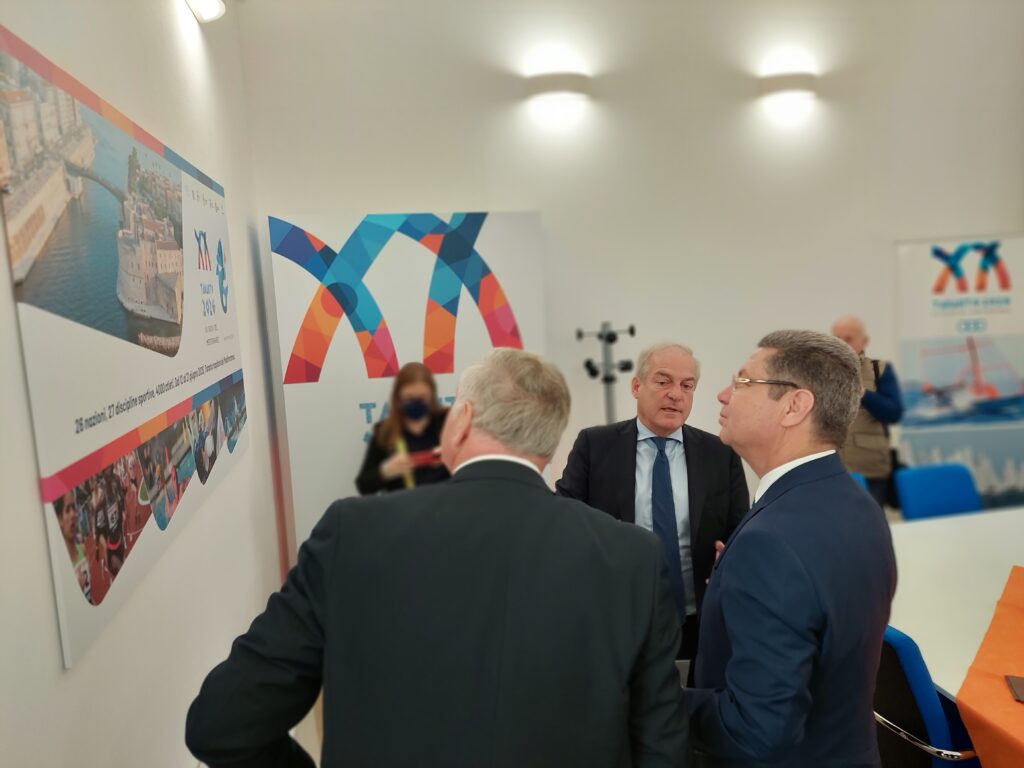 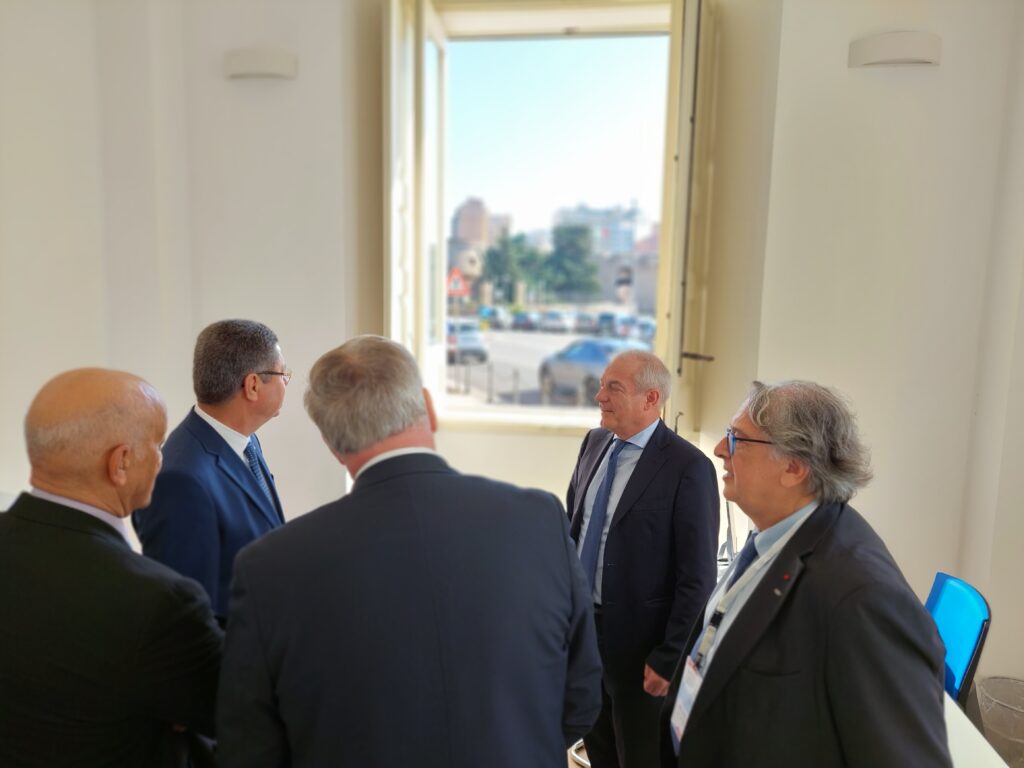 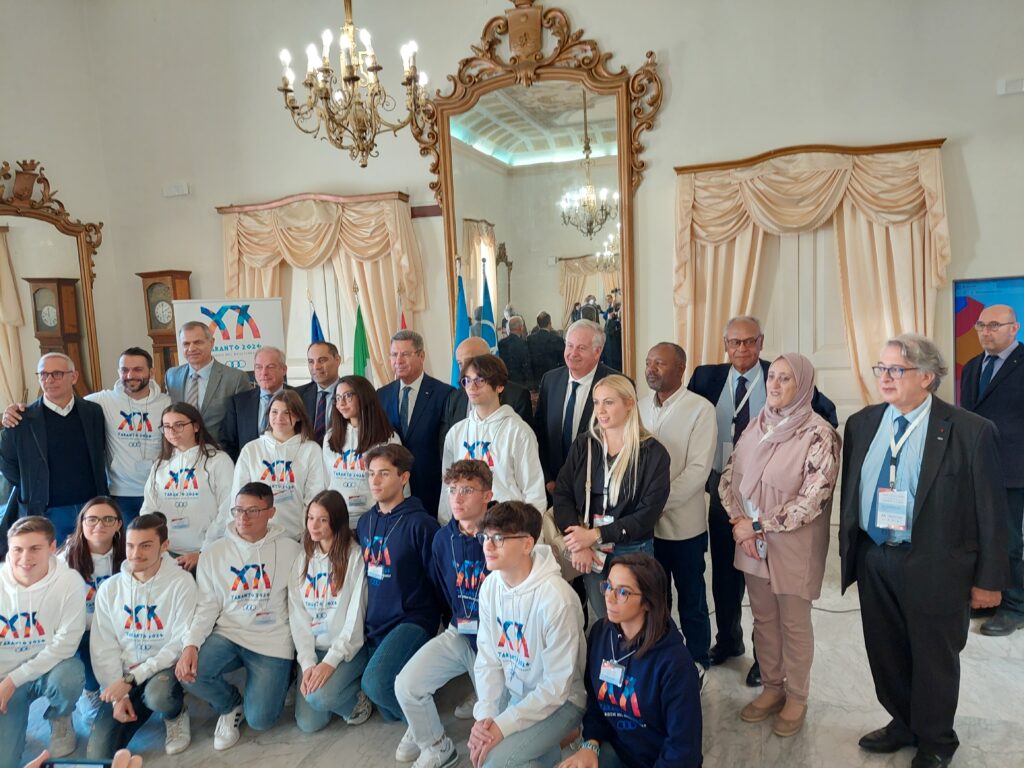 The inauguration was followed by a press conference where the 1st Vice President of the Interational Committee of Mediterranean Games Vice President Mr. Mehrez Boussayene adressed to the journalists. 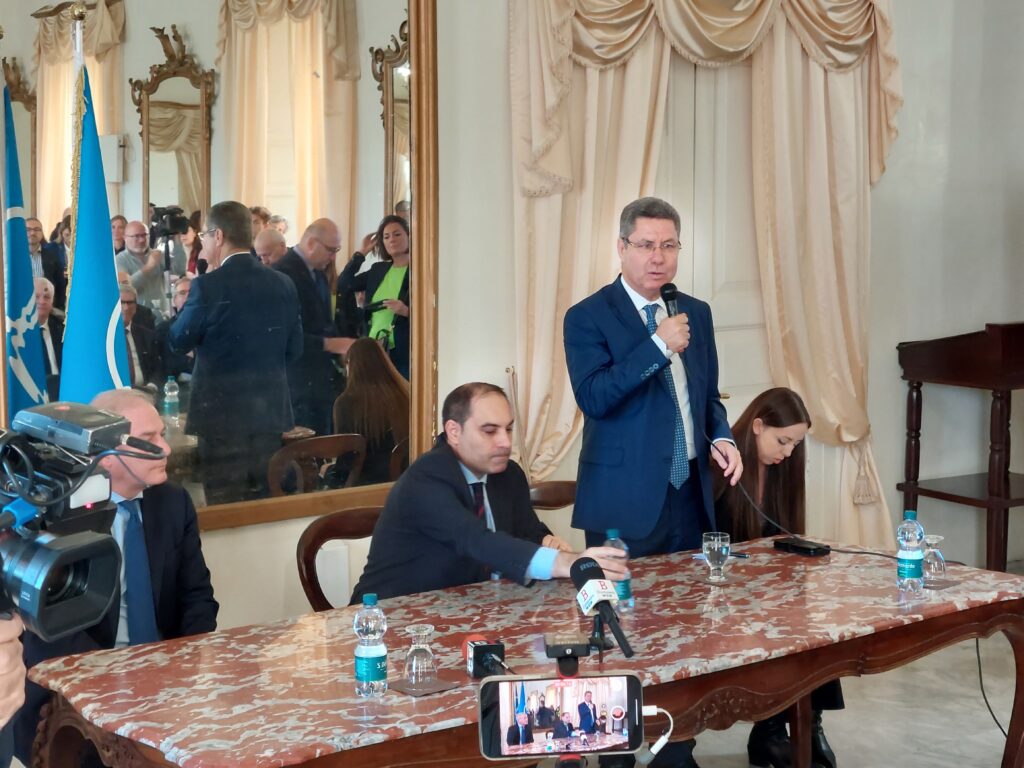 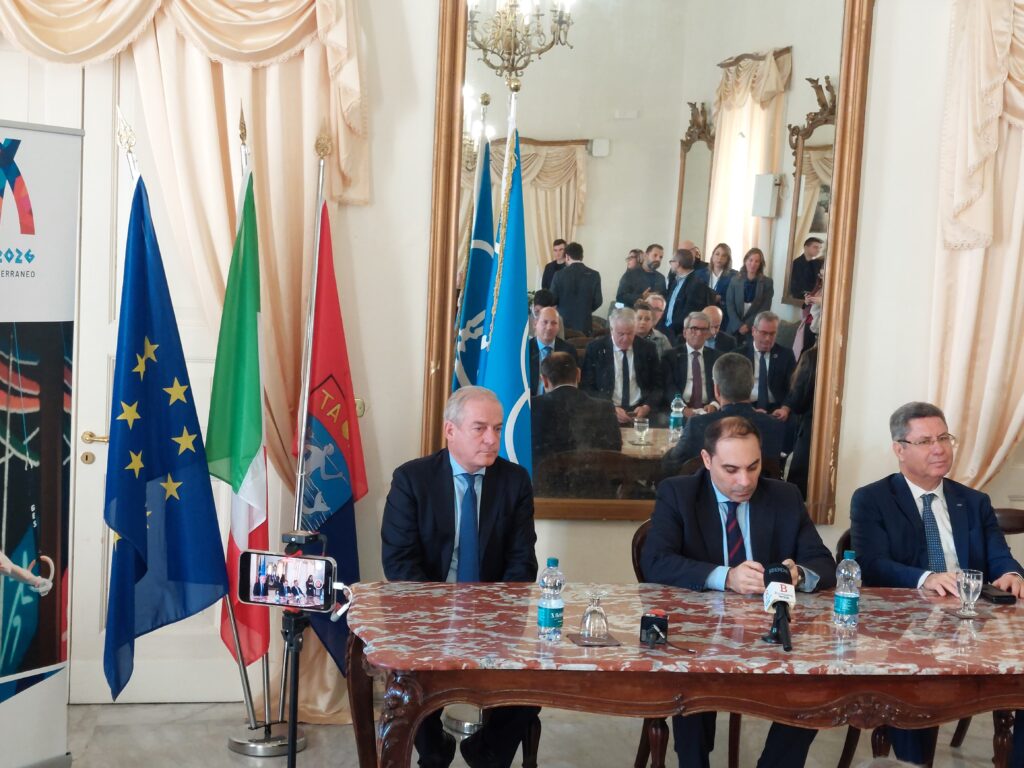