The meeting of the ICMG Coordination Commission for Taranto with the Organizing Committee of the Mediterranean Games “Taranto 2026” was concluded with great success. The ICMG General Secretary Mr. Iakovos Filippoussis, the two Vice-Presidents Mr. Mehrez Boussayene and Mr. Bernard Amsalem, the Treasurer Mr. Yiotis Ioannidis as well as members of the Executive Committee were also present in the meeting.

The Mayor of Taranto and President of the Organizing Committee of the Mediterranean Games Taranto 2026, Mr. Rinaldo Melucci. welcomed the distinguished guests and emphasized that the work for the 2026 Mediterranean Games has been started. The executives together with the staff and the volunteers are working hard for this top sports event adding that the majority of the sport venues are ready. 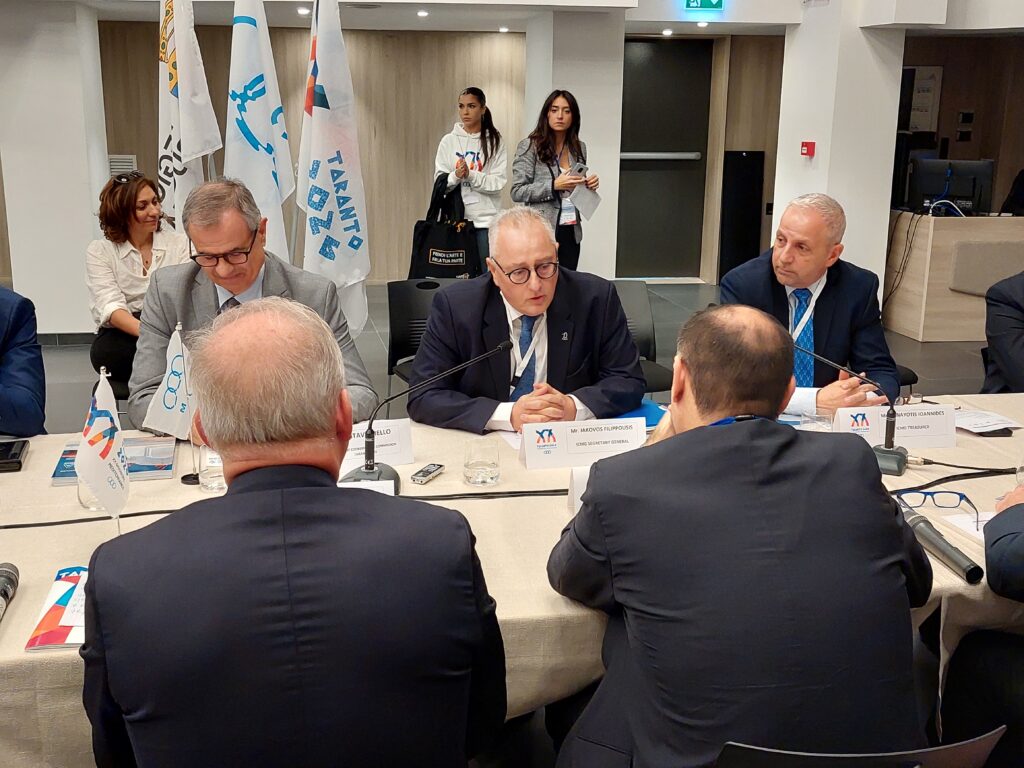 The ICMG General Secretary Iakovos Filippoussis said: “Italy has been a partner of ICMG since the very beginning and is a country that loves sports. The Mayor Rinaldo Melucci is equally passionate and I understood it from the first moment I met him, in 2019 in Patras. ICMG members are satisfied with what they have seen and Ifour years before the start of the games the progress is particularly great.

Not only Taranto but the whole region of Puglia must embrace the Mediterranean Games and we are ready to offer our help and our efforts. Next to me I have the President of the Coordination Commission Stavri Bello who has been in the Mediterranean family for 20 years, he is very experienced and will help you organize excellent games.”

A discussion about the master plan of the Games was followed. The Organizing Committee declared that it will be ready  in the near future. Sports facilities were also presented and issues related to accommodation, transport and medical services were discussed. 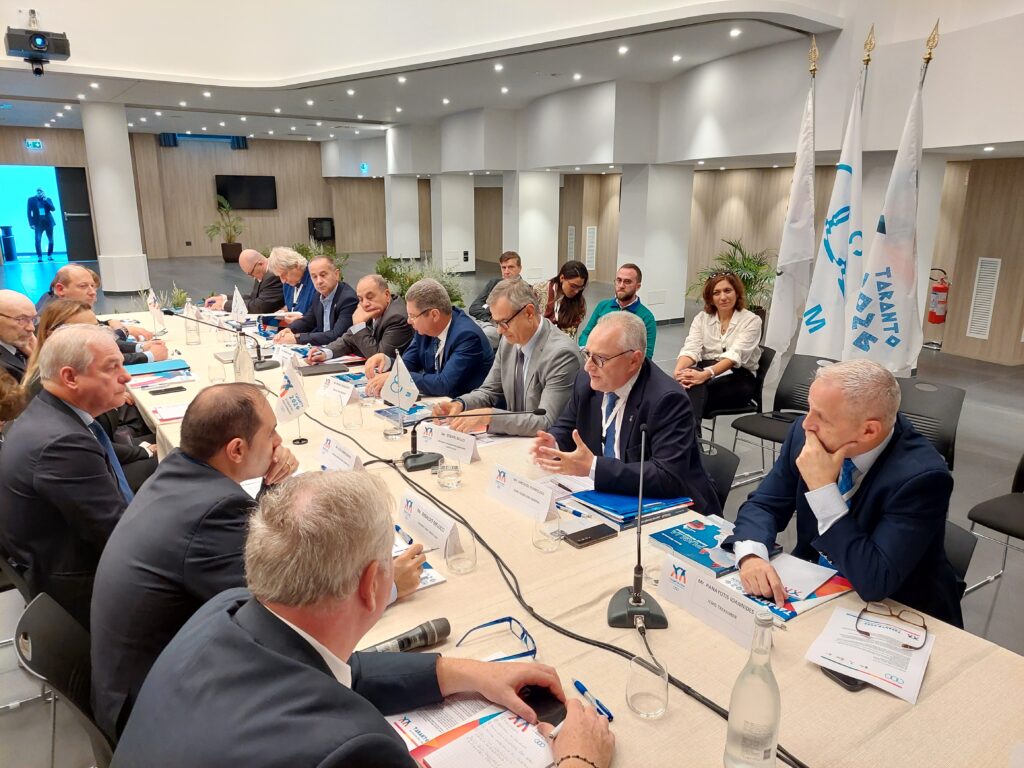 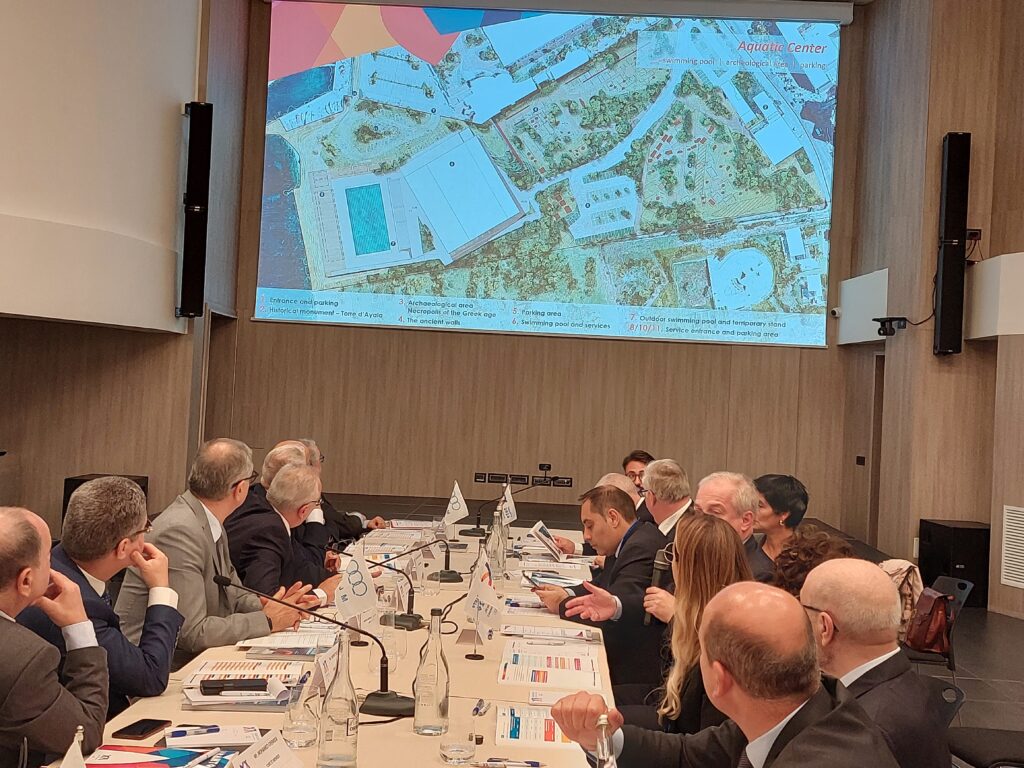