The President of the Algerian Olympic and Sports Committee Mr. Abderrrahmane Hammad and Mr. Kheïredine Barbari, Secretary General of the COA participated in the General Assembly of the Association of National Olympic Committees (ANOC). The Assembly is being held in a hybrid format (in attendance and virtually) for the first time in history. The two-day assembly brings together the 205 National Olympic Committees from around the world.

Mr. Abderrahmane HAMMAD who is also a member of the ICMG Executive Committee met the Secretary General of the International Committee of Mediterranean Games Iakovos Filippousis and they had fruitful discussions regarding the present and the future of the Mediterranean Games. 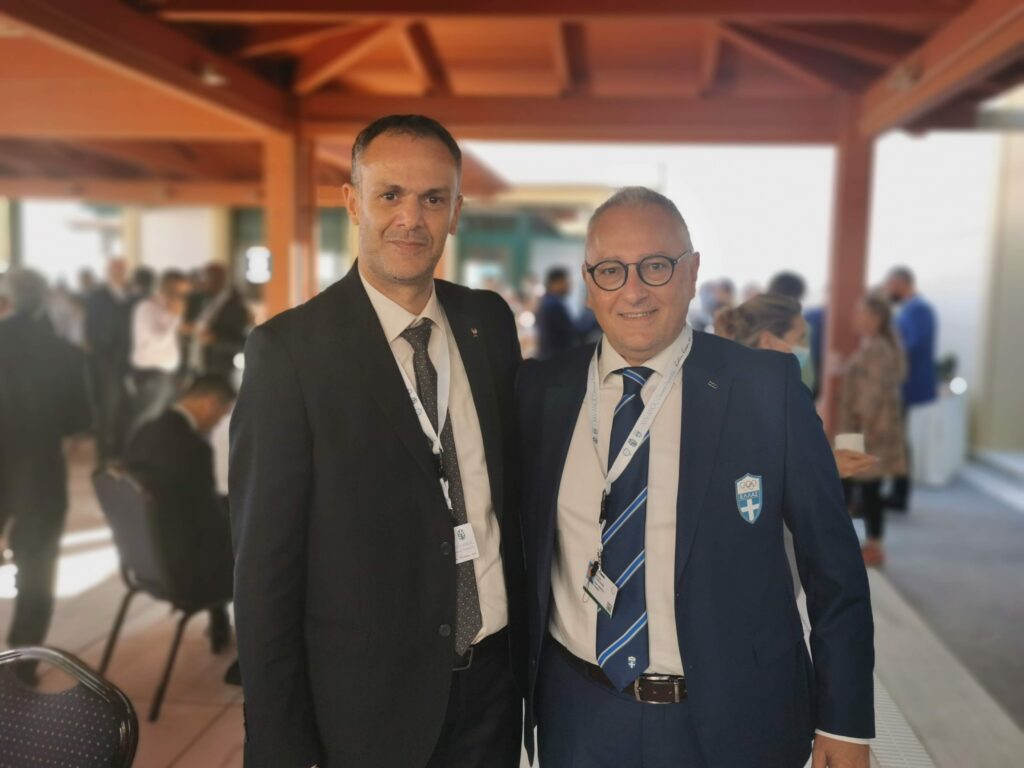