The 2nd Mediterranean Beach Games of Patras were very successful

The Olympic Flame Lighting Ceremony closed to the public

A delegation of the Organizing Committee “Patras 2019” presented all the figures and details of the Games that took place last August in the Greek city and it turned out that this new event has a lot of potential for development and could give a new impetus to the Mediterranean Games. 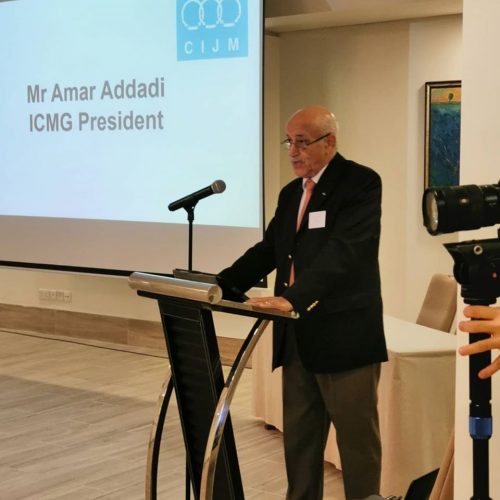 The participants were welcomed by ICMG President Amar Andadi who said: «The world of sport is fast changing. New trends currently display the increased interest of young people for extreme sports, leisure sports, that are very spectacular and attractive, thanks to the great evolving of technological means and more interest of the Television. We believe that our Mediterranean Beach Games are in line with these new trends, and that they can meet the needs of the youth.

Therefore, we count on you, on your experience as sport’s experts, on your skills to analyze, to help us make the Mediterranean Beach Games grow, and also to raise their level.  We hope also, that this Seminar and its conclusions, particularly about financial matters that may show MBG are not expensive, will inspire some of you, why not, to push for one candidature from their country in the future.» President Addadi also thanked the Cyprus Olympic Committee for hosting the Seminar and for its contribution to the excellent organization and offered a commemorative plaque to the President of the Olympic Committee of Cyprus Mr. Michaelides.

On behalf of the Organizing Committee “Patras 2019” President Nikos Papadimatos read the message  of the Greek Deputy Minister of Sport Lefteris Avgenakis who noticed: “The organization of the Games gave invaluable asset to Greece in general and to Patras in particular, with a double symbolism: on the one hand, they marked the dynamic return of our country to the global sporting events and on the other hand, the gave to the Mediterranean family the opportunity to get together in Patras.” Mr. Papadimatos offered to the President of the Cyprus Olympic Committee the medals of the “Patras 2019” in a special package, to gain a place in the Olympic Museum of the Cyprus Olympic Committee.

The President of the Cyprus Olympic Committee Dinos Michaelides also made a speech in his first public appearance since his surgery last December: «We at the Cyprus Olympic Committee are extremely honored to host this Session and we hope that it will provide the basis for the upgrading of the Mediterranean Beach Games. It is important for all our nations and particularly us Small States to strengthen these Games.»

In the Seminar, the International Committee of Mediterranean Games was represented by President Amar Addadi, Secretary General Iakovos Filippousis and EC Member and President of the Coordinnation Commission “Pesaro 2023”, Soukhail Khouri. 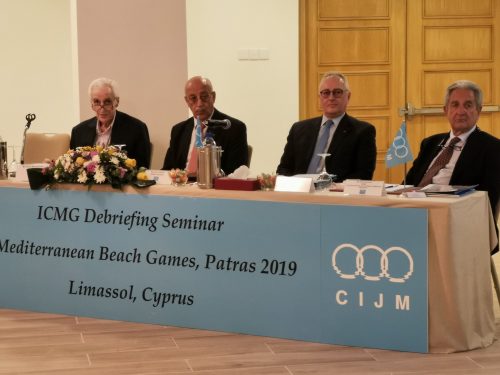 In addition to the Patras Debriefing the following presentations were made:

“The evolution of the MBG Sports Program” by the President of the ICMG Technical Commission, Mohamed Zribi

“MBG: The point of view of the Small Countries – Organizational and Financial challenges faced” by Eros Bologna, Secretary General of the San Marino NOC

It is a main priority for the International Committee of Mediterranean Games to work closely with the International Federations to raise the level of organization and participation of the athletes in the Games to the highest level and make the sports which are included in the Games program attractive and popular to the host cities. 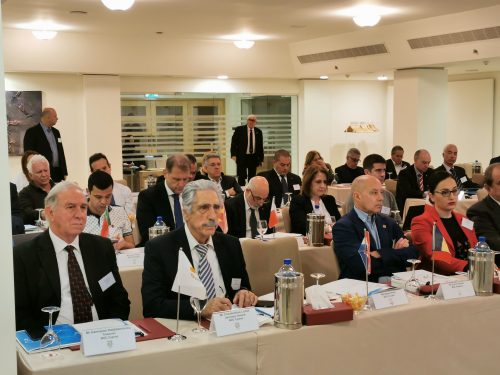 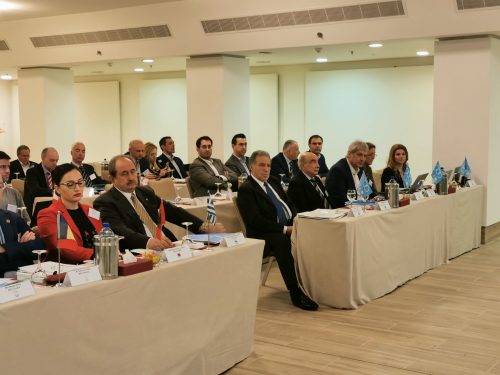