Visit of the Tunisian NOC to Olympic House

The Olympic Committee of Serbia, in cooperation with the company DDOR osiguranje and with the significant support of the Municipality of Ruma, organised the second “DDOR Olympic Track” which gathered more than 500 participants.

The competition, which aimed to promote Olympic values, began at Gradski Trg and lasted for three-hours.  The most successful racers were awarded prizes, and DDOR insurance handed over a donation in the form of sports props to “Ivo Lola Ribar” Primary School from Ruma, which had the most representatives at the event.

Olympian Marko Novaković , kayaker and member of the Serbian Olympic team, attended the event. The awards were also presented by Mr. Stevan Kovačević, President of the Assembly of the Municipality of Ruma and Petar Ubavin, Director of the DDOR Insurance branch.

The main goal of “DDOR Olympic Track” is to promote the values of the Olympic movement and to educate all participants about the history of the Olympic Games through interactive physical activity. 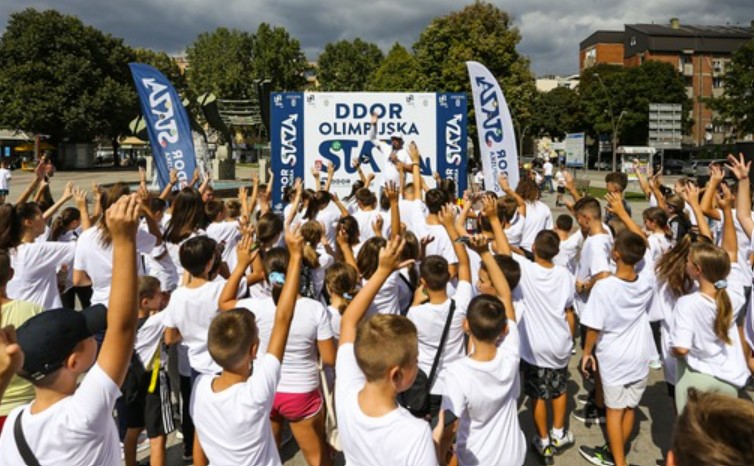