From the beginning of the Opening Ceremony, as fog gave way to a winter world of traditional chalets, spectators were welcomed “Home” to the Olympic Capital and taken on a poetic journey through the different phases of an athlete’s growth. The Olympic spirit was at the heart of the choreography and was personified by a number of “spirits” dressed in white, helping the athletes on their seven-stage journey to excellence.

The participants in the traditional athletes’ parade – consisting of the 79 flags of the 79 National Olympic Committees competing at Lausanne 2020 – were treated to a wall of noise as they entered the stadium, with the biggest cheer reserved for the final flagbearer, Switzerland’s Thibe Deseyn. At different points of the night, screens also panned over to St Moritz, where the Ceremony was being streamed live and where the 225 athletes who will be staying there took part in their own parade. 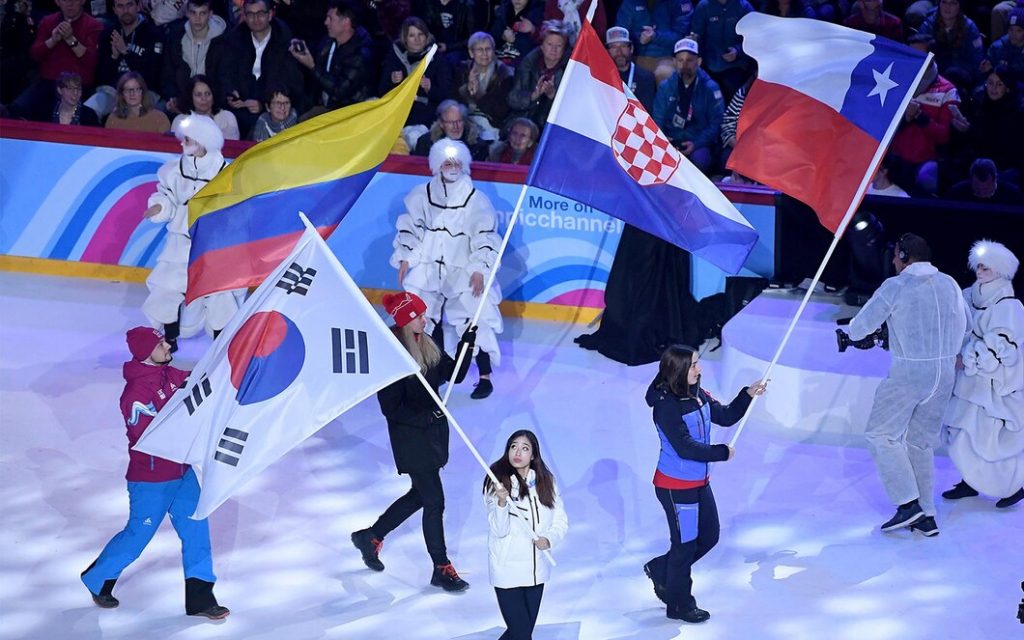 As well as sport, the Ceremony – which was broadcast live by the Olympic Channel –celebrated Swiss culture and traditions, while also integrating the host country’s innovative and creative ways. This was clear in the rendition of the Swiss national anthem, as a band of alphorn players provided the backing music while two young singers sang the vocals from up high on a distinctive gondola lift.

We also saw a famous quote from the founder of the modern Olympic Movement, Pierre de Coubertin, which represented an athlete’s struggles on the journey to success through flying, before a more futuristic scene provided ballet dancers with a stage to innovate and form the Olympic rings. The Olympic flag was then carried into the arena by four athletes representing different generations – two Swiss Olympians and two Lausanne 2020 athletes – before being raised to the tune of the Olympic anthem, sung by a children’s choir drawn from eight local schools. 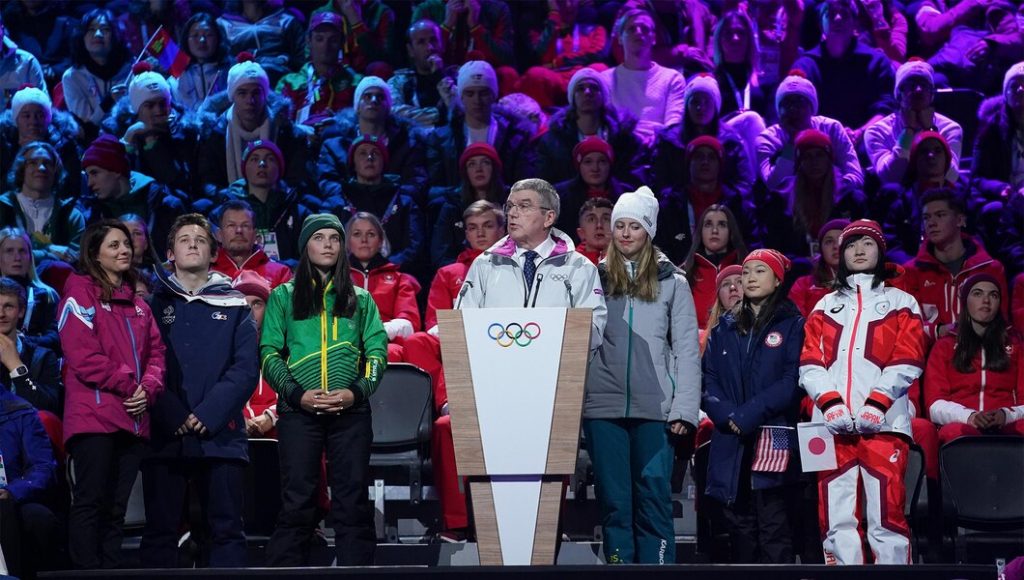 IOC President Thomas Bach and Lausanne 2020 President Virginie Faivre soon took to the stage to give their respective speeches, before handing over to Simonetta Sommaruga, President of the Swiss Confederation, to declare the Games open, after which the athletes’, judges’ and coaches’ oaths were taken.

Spectators had been shown videos of the Torch Tour throughout the Ceremony, and the one-day Torch Relay through Lausanne reached a crescendo as five athletes entered the stadium and passed on the torch to one another, eventually passing it to an aerialist who transported it to the Olympic cauldron. 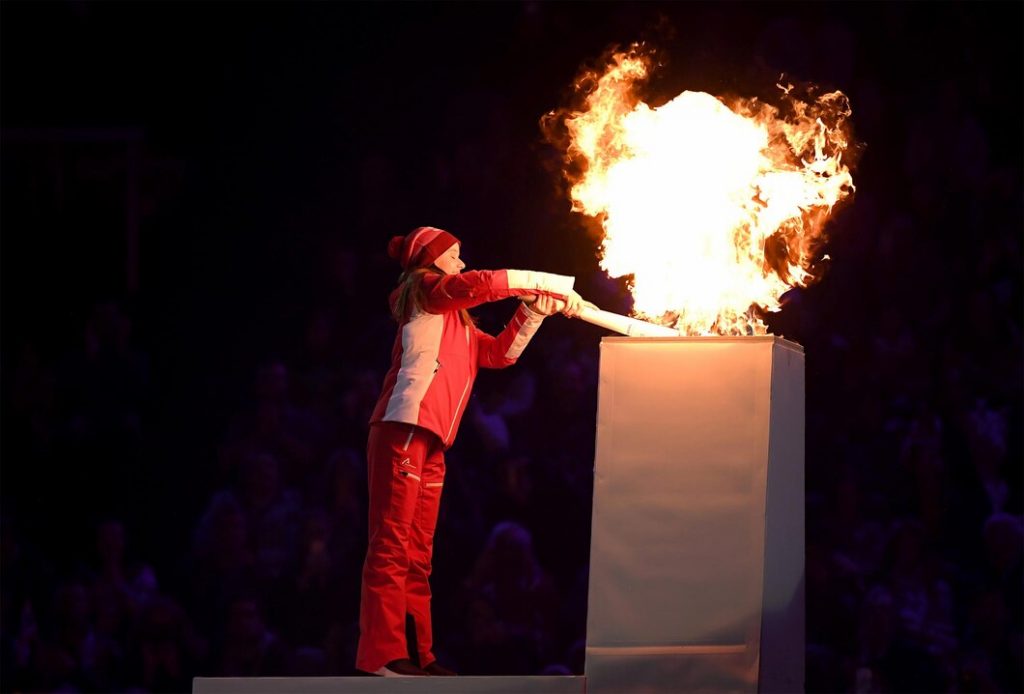 The cauldron was finally lit by ice dancer Gian Zehnder – the youngest member of the 112-strong Swiss delegation here at the YOG – in a fitting illustration of the Organising Committee’s commitment to youth. The flame then became a sparkle and took the audience on an immersive tour of the eight competition sites of Lausanne 2020, before returning as a firework to light up the chalets in the final winter scene.

Athletes, dancers and everybody’s favourite mascot, Yodli, suddenly filled the Vaudoise Arena to bring a stunning Ceremony to a close and celebrate the start of Lausanne 2020.