The World Fair Play Day (WFPD) is a sports initiative designed to promote fair play and Ethical Values in sport. Everyone in sport both on and off the pitch is invited to highlight fair play initiatives, projects and successes every year on this date.

The date of 7th September was not chosen at random, because it was on this day in 1963 that the founding members of what was to become the International Committee for Fair Play (CIFP), met on the initiative of the French Tennis Champion Jean Borotra. The International Olympic Committee later endorsed the CIFP.

The idea of the day recognizes that fair play can be promoted by large national initiatives and small simple gestures, so PWB invited all athletes, practitioners, leaders, coaches, trainers, referees, parents, supporters and those around them to join the campaign and take concrete action on the ground and demonstrate exemplary behaviour in all circumstances. To make this day a true celebration of fair play in sports. 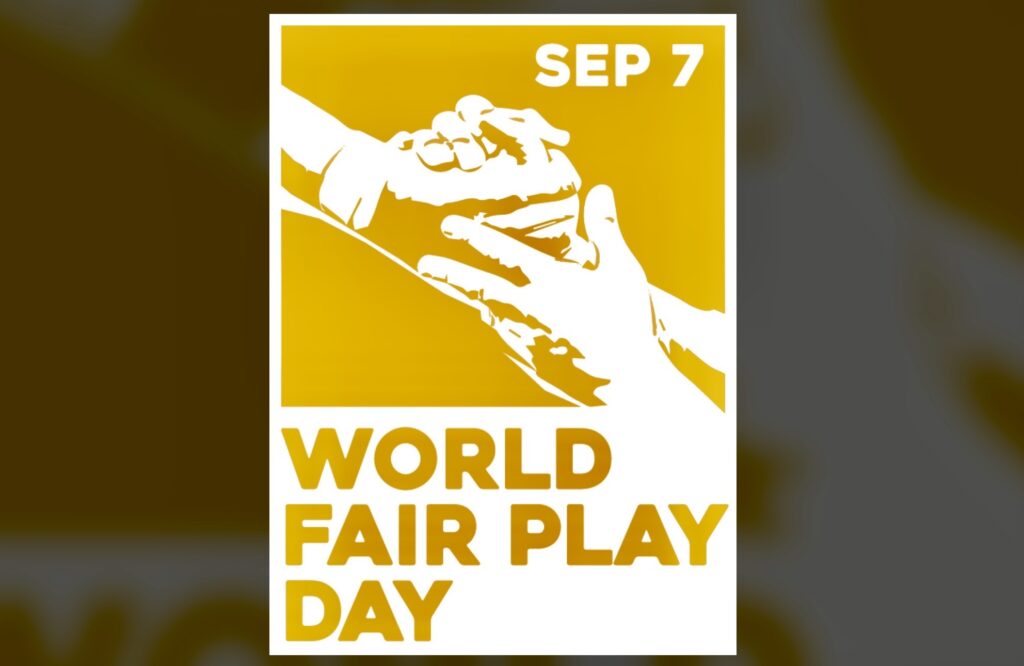