The flag of the Mediterranean Games arrived in Italy

Evangelos Alexandrakis, NOCs Contact Manager in the Olympic Movement Unit on the Prevention of the Manipulation of Competitions, together Dieter Braekeveld from Interpol travelled to Oran and organized lectures to the athletes in the Mediterranean Village regarding match fixing and sports competitions manipulation. 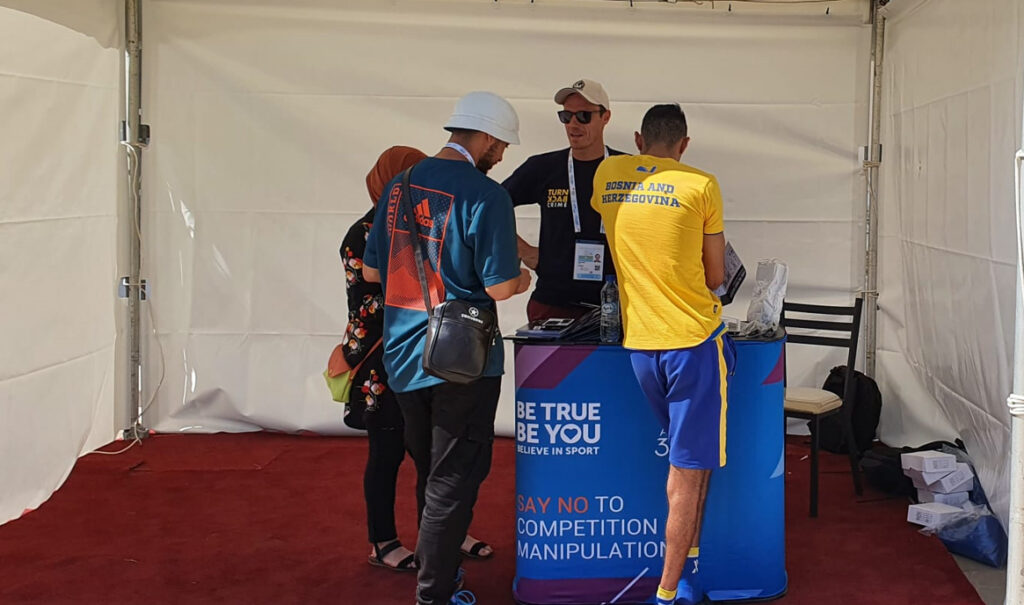 Almost 400 athletes during the 4 days of the activation were informed about the topic and they were quite interested and motivated to further understand the problem.  Many of the athletes had never heard of the topic before and were unaware of the rules.

The IOC and Interpol delegation provided the athletes with material, brochures, giveaways and small gifts once they finished their training session. 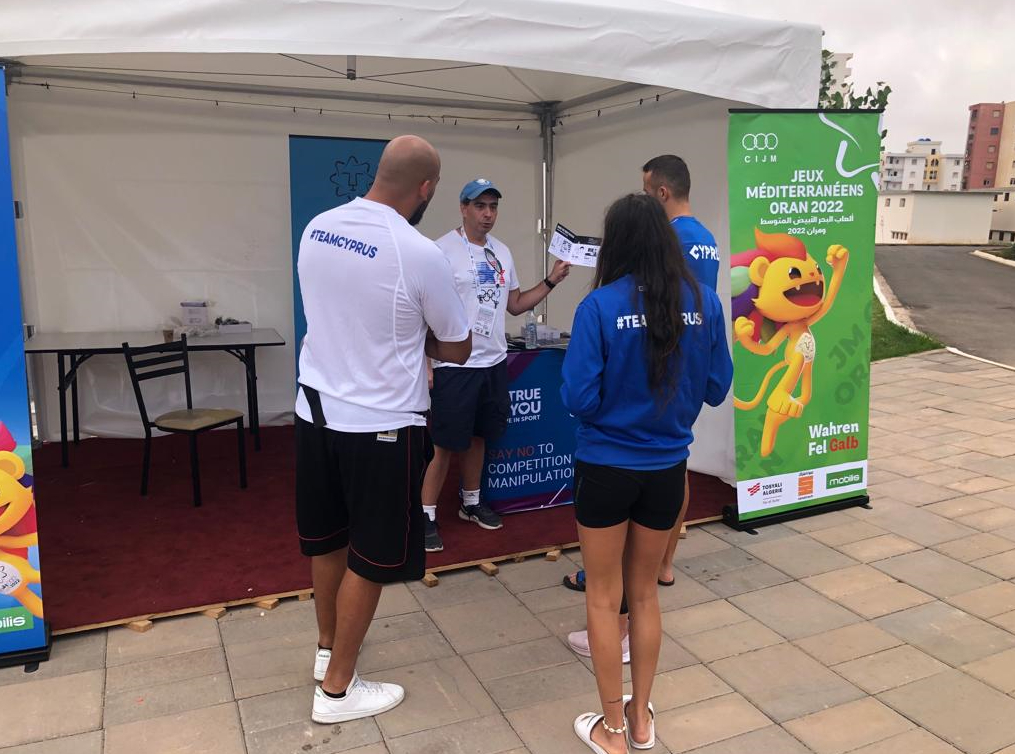 On June 29 it was organized at the Mediterranean Village a jointly session with the Algerian NOC for all Algerian NFs, which was also quite successful and the two sides agreed on concrete actions that Algerian sports authorities will take against the phenomenon. 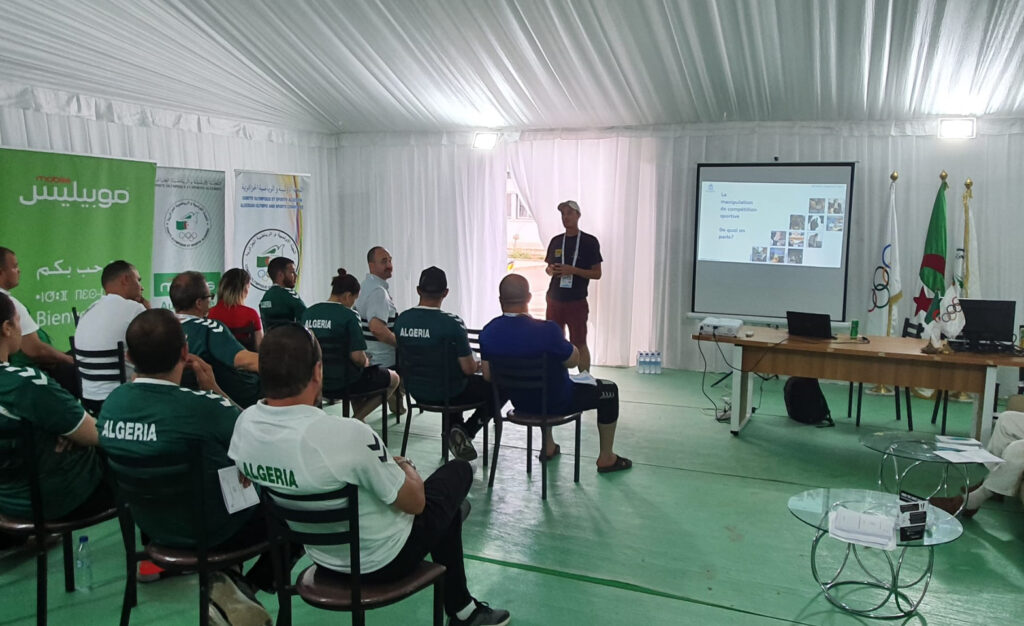 International Committee of Mediterranean Games thanks IOC for its contribution in the common fight against all forms of cheating in sports competitions. 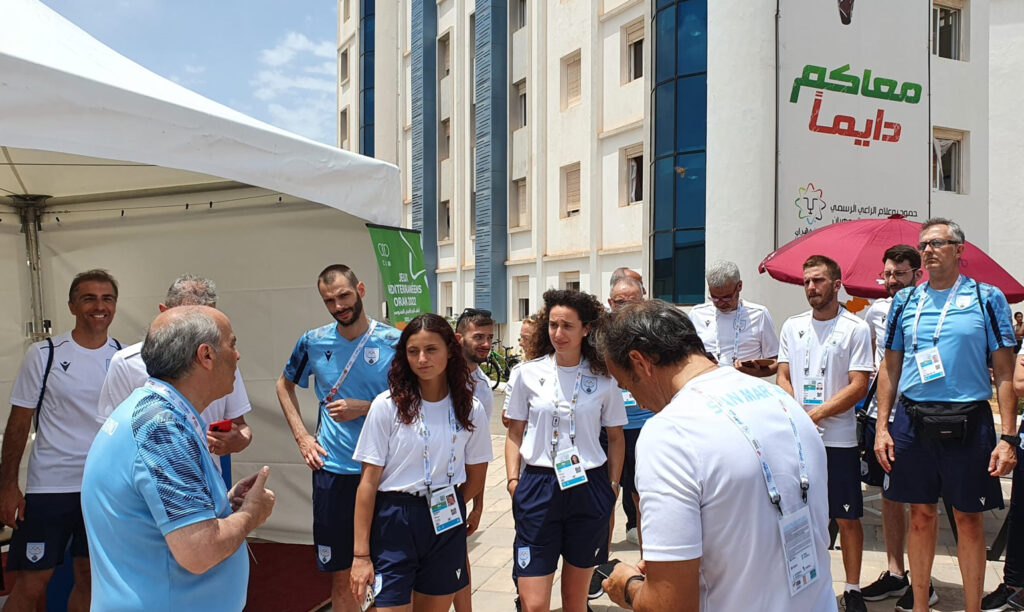 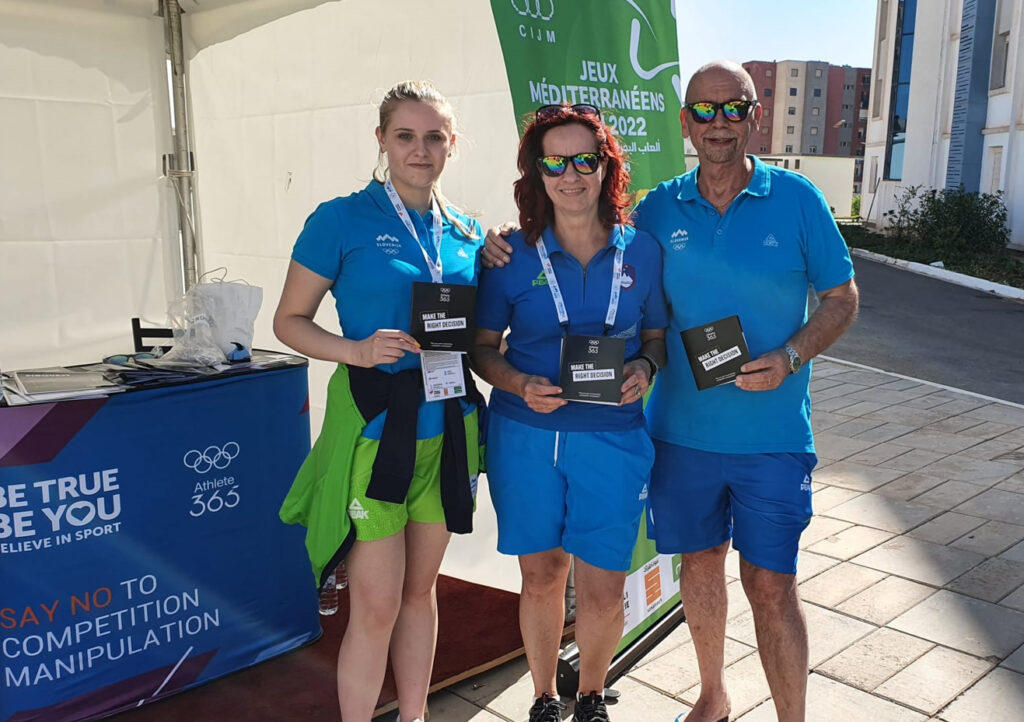 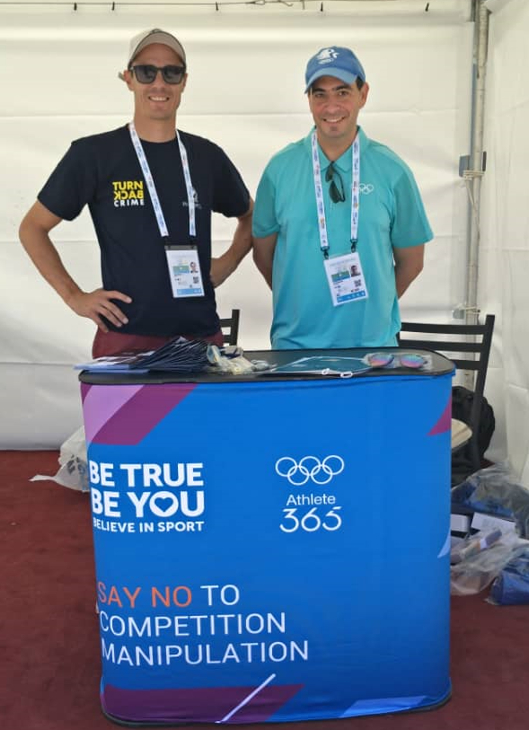 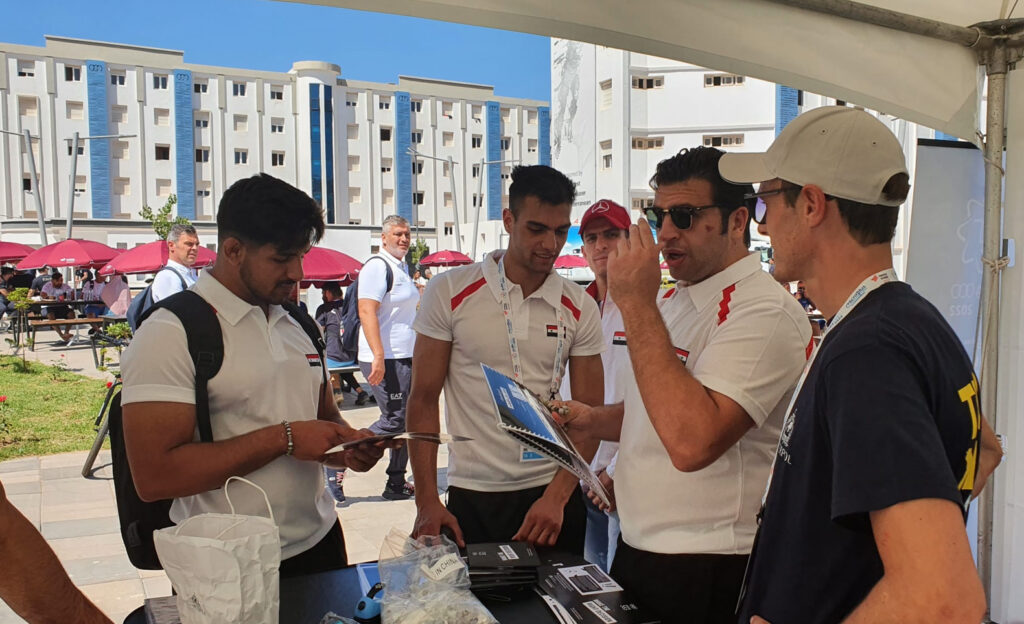