They were tied at 10-10 with seconds left on the clock before Dell’Aquila won with a series of strikes.

At a press conference afterwards the winner said he was happy with his victory and was now looking forward to having some rest when he returns home to Italy.

Jendoubi had caused an upset earlier when he beat world champion and favourite for gold, JANG Jun of the Republic of Korea, in the semi-final bout 25-19. 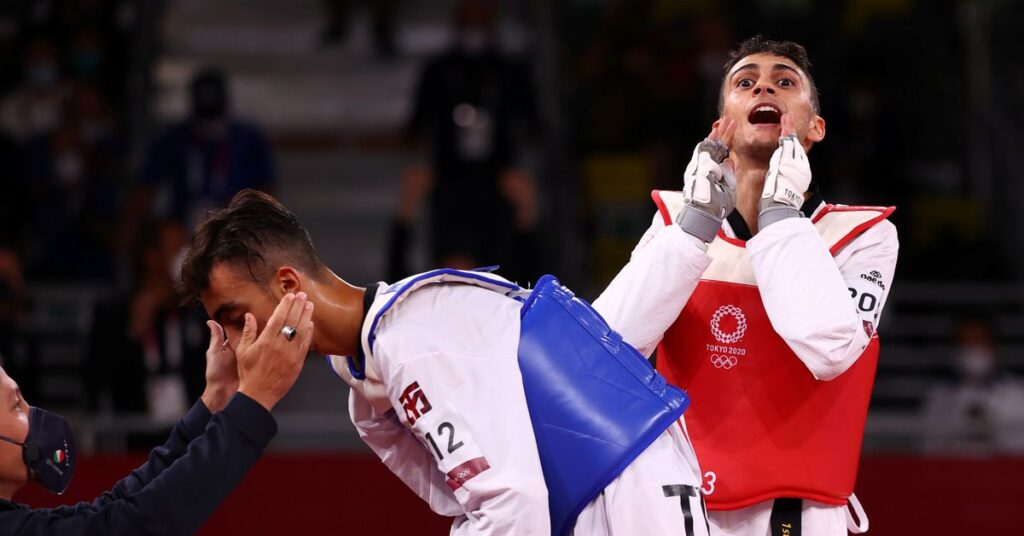