The exhibition “Legends of Sports” in Sports Museum of Madrid

The 50th anniversary year of the European Olympic Committees

The athletes had the opportunity to admire the exhibits and learn about the Olympic history of Egypt, through the guided tour and the documents which are preserved in the museum.

Egyptian Olympic Committee President Hisham Hatab aims to further develop and enrich the museum so it will become the best of its kind in the Middle East, having a comprehensive overview of Egypt’s participation in the Olympic Games. 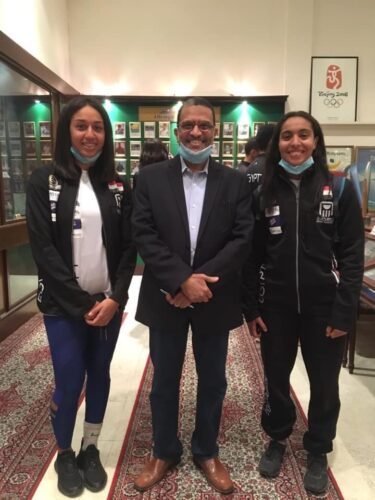