The Mediterranean countries won 10 medals at the World Αthletics Championships

The 26-year-old Frenchman, fourth in 2017 Worlds, managed to throw the hammer at 78.19m on his fourth try and won the silver medal.A few minutes later, second good news for France. Pascal Martinot-Lagarde took advantage of the fall of Jamaican McLeod to win the bronze medal in the 110-meter hurdles. 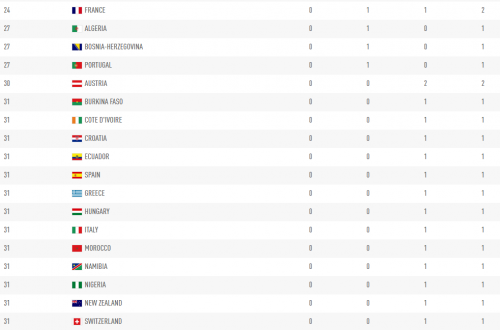 These were the two medals that gave to France the 24th place in the medal table.
The other medals of the Mediterranean countries were: