The Hellenic Olympic Committee awards the best athletes of 2022

The Olympic visits at the Moroccan NOC

During a ceremony which marked by a glamorous atmosphere, the HOC awarded the medal winners of last year’s European and World Championships in the presence of many state officials and distinguished guests from the sports family. Among them were Vice President of the Hellenic Government Mr. Panagiotis Pikramenos, Minister of Defense, Mr. Nikos Panagiotopoulos, Deputy Minister of Sports Mr. Lefteris Avgenakis and representatives of the European Olympic family, such as Secretary General of the European Olympic Committees Raffaele Pagnozzi, the Secretary General of the International Committee of Mediterranean Games Iakovos Filippousis who awarded the wrestler Giorgos Kougioumtsidis and the President of the Romanian Olympic Committee Mihai Covaliu. 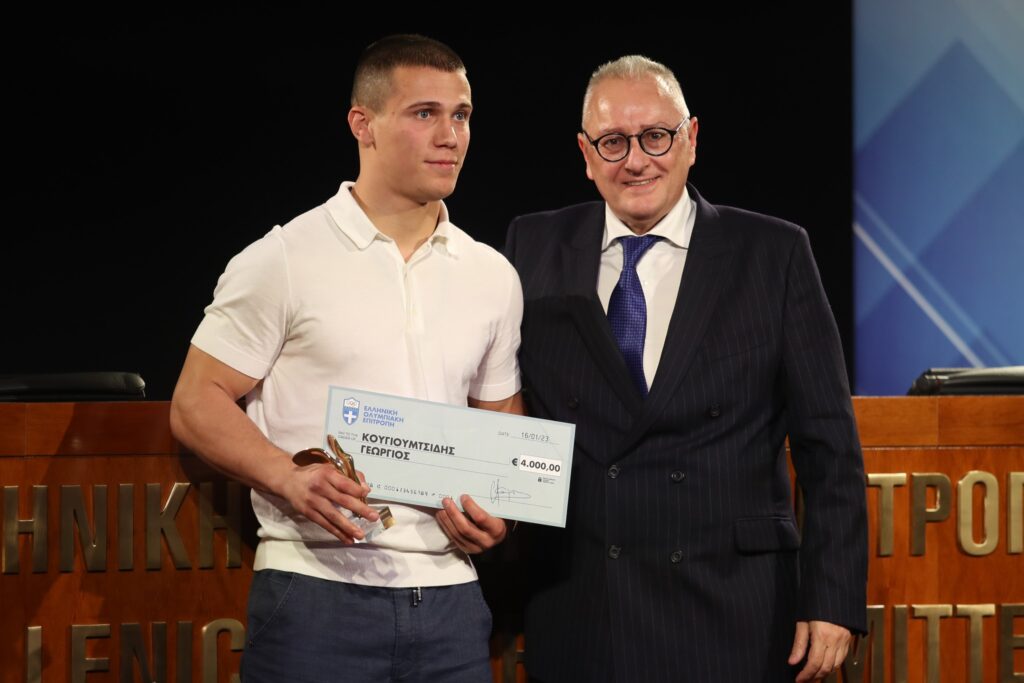 The prestigious award of HOC “Dimitris Vikelas”for the great services to the Olympism and Sport was awarded to the former HOC President and Honorary Member of the IOC, Mr. Lambis Nikolaou, and to Mrs. Mariana Latsis, representative of the Ioannis Latsis Foundation, which has made a significant contribution to the Olympic Preparation Scholarships. The IOC President Tomas Bach described his long lasting frienship with Lambis Nikolaou in a video message. 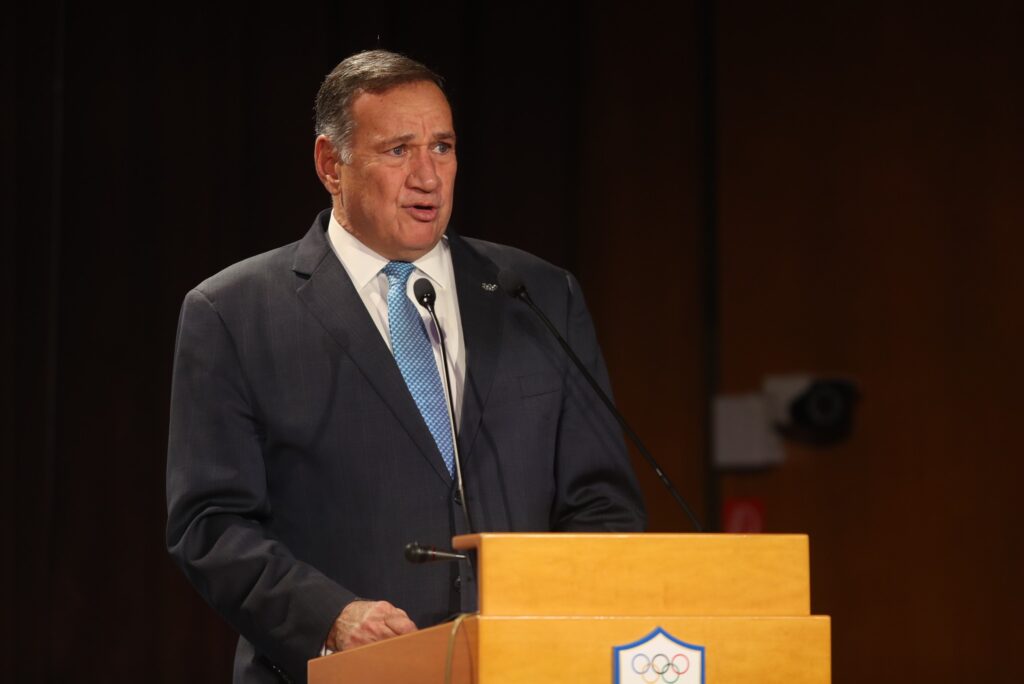 In his welcoming speech, the HOC President and IOC member Spyros Capralos pointed out, among other things: “Our aim is to help top athletes in every possible way and to continue with great success the “Adopt an Athlete on the Road to Paris” program, which provides free medical examinations and hospitalization in the best hospitals in the country, free ergometric analysis, free training in gyms and also post-sport programs. Through this specific program, 83 athletes have already found a sponsor who significantly supports them in their efforts to participate in the Paris Games in a year and a half.

In addition to this program, the Hellenic Olympic Committee also supports athletes directly. This year, for the first time in history, we are giving a financial reward to those who won medals at the 2022 European and World Championships and the Mediterranean Games.

At the same time, we continue to support the national federations financially. In 2022, 574,000 euros were disbursed from our fund for Olympic preparation, while for this year we have allocated a much higher amount, which will reach 1,600,000 euros.” 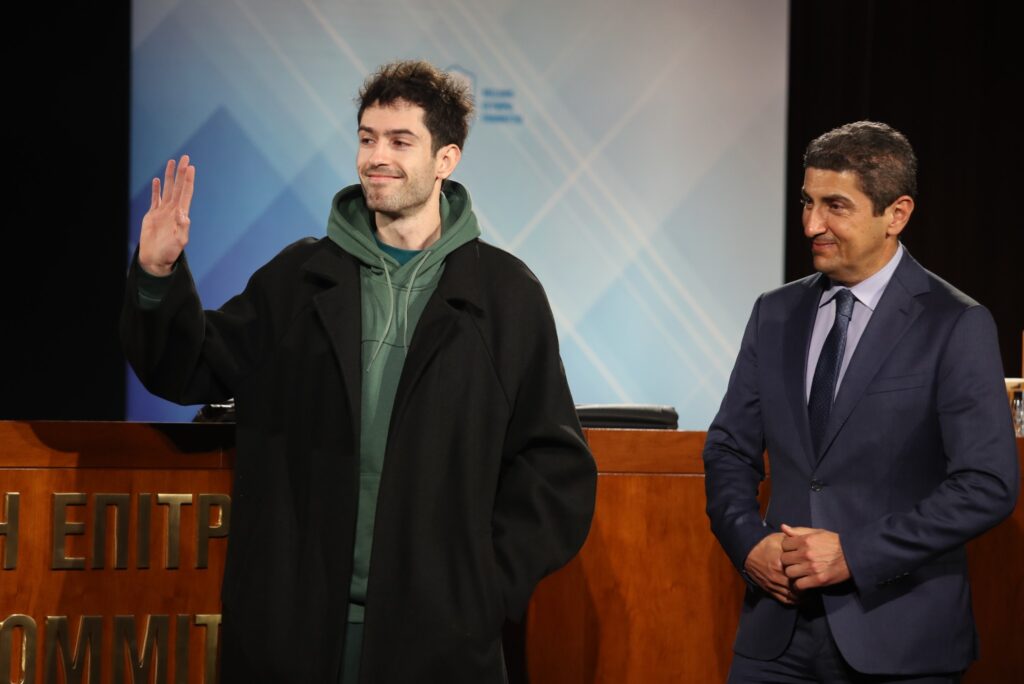 Each awarded athlete also received a check as part of HOC’s initiative to provide financial support to the medal winners at European and World Championships. 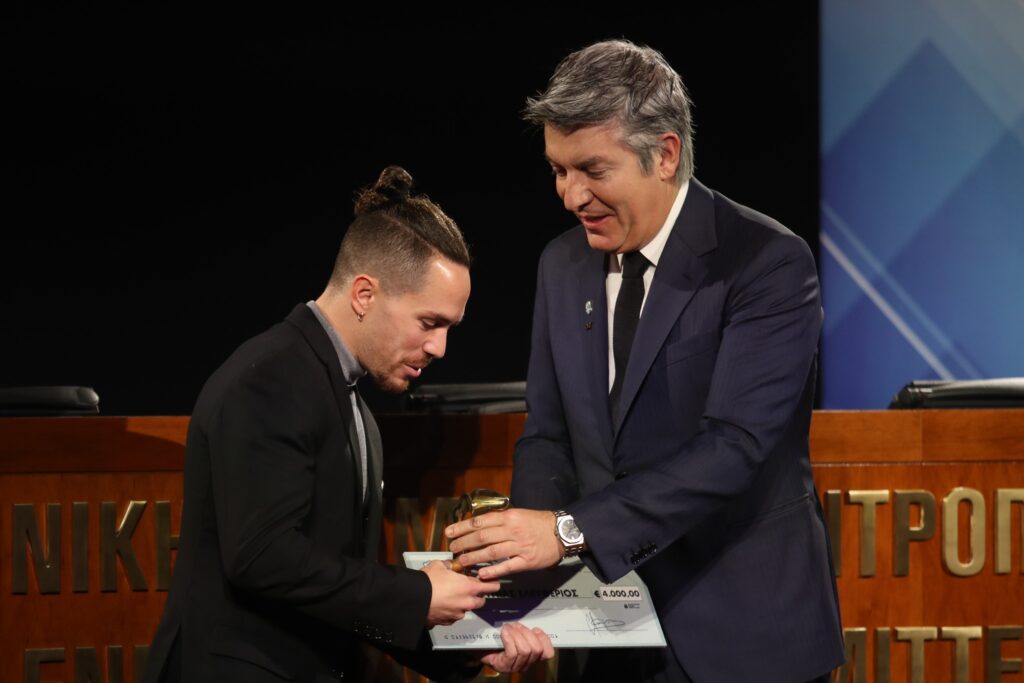 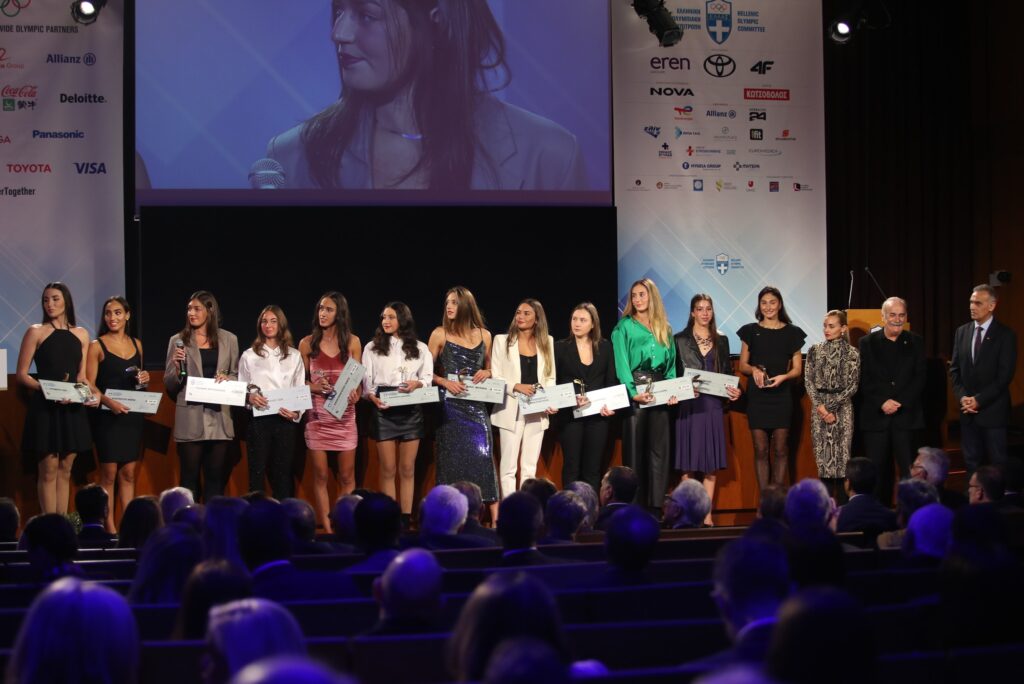