The Olympic Day celebration in Tunisia

The new Organizing Committee of the ΙΙ Mediterranean Beach Games

The Tunisian  National Olympic Committee (CNOT), in collaboration with the city of  Marsa (in the north part of Tunisia), hosted a number of sporting events on the occasion of the celebration of the Olympic Day on the 13th of July at the Palais Essaada of Marsa.

This initiative was intended to bring back in the memory of all the Marsa’s historic Olympic tradition, including the first participation of Tunisia in the Olympic Games, at Rome in 1960, with three persons in the official delegation, the football players  Taoufik Ben Othman and Mohamed Ali Klibi and the pentathlon athlete Ahmed Ennachi.

From Rome until Rion in 2016, the seaside city of Algeria was honored to send 28 athletes, coaches and officials at the Olympics, including the two times Olympic champion in swimming, Oussema Mellouli.

The lion’s share went to the eight persons of the volley ball family who have defended the national colors at the Olympics and received the national medal of the Olympic merit, including the spiritual father of volleyball, Hassine Belkhoja. 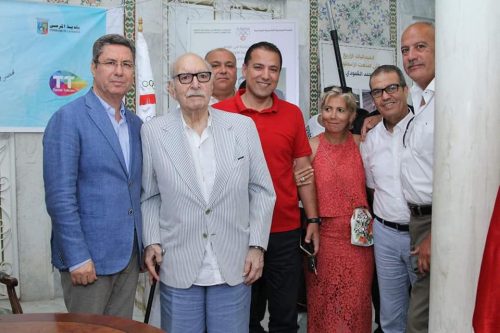