Our thoughts and prayers are with the people of Lebanon

The Algerian Minister of Youth and Sports, Sid Ali Khaldi, paid an inspection visit to Oran. He was accompanied by his colleague Minister of Housing and Urbanism Kamel Nasri  and the Secretary of State in charge of Elite Sport, Salima Souakri.

Mr. Sid Ali Khaldi, who is also president of the Organizing Committee of the Mediterranean Games “Oran 2022”, made questions about the progress of the works in the new Olympic stadium of Belgaïd, in Bir El Djir, the sports hall and the water pools.

At the end of the inspection visit, the two ministers did not hide their satisfaction with the achieved progress of the construction in the new Olympic stadium, which has recently moved with increased pace. In a statement to the press, Khaldi and Nasri said that this sports infrastructure was a source of pride for Algerian sport and an asset that will have to be preserved. Sid Ali Khaldi, moreover, was satisfied with the speed that all the technical and financial problems were resolved and all the constraints lifted. 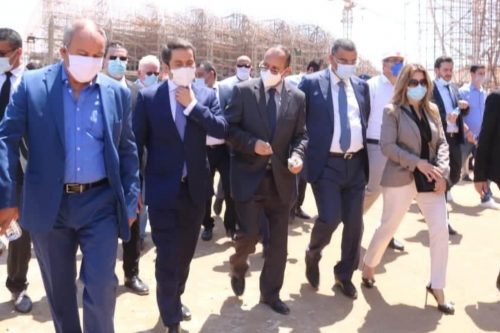