Sports cooperation between Algeria and Hungary

Mustapha Berraf, President of the Algerian NOC and the Association of National Olympic Committees of Africa (ANOCA) and an IOC Member, met the Hungarian Ambassador to Algeria, Helga Katalin Pritz, at the NOC headquarters.

Their discussions covered the sports course initiated by the Algerian NOC with its Hungarian counterpart and Hungarian embassy services in Algeria. This course, which forms part of the preparations for the national teams during the 2020–2024 period and the promotion of women’s sport, was held from 14 to 28 August in the Hungarian Olympic Centre at Tata, and brought together 76 athletes and 10 coaches in 10 disciplines. 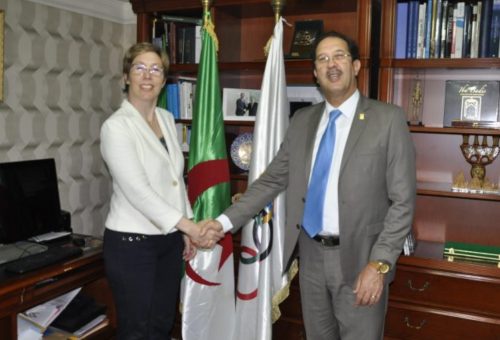