Message of the ICMG President Mr. Amar Addadi after the decease of J.A.Samaranch

WADA Invites its Stakeholders to Say NO! to Doping 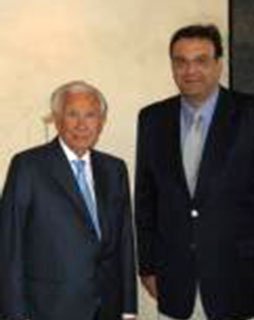 Juan Antonio Samaranch was more than a President of the IOC. He was a leader who inspired millions of people around the world and who created a different, more realistic yet romantic image for the Olympic Movement. In his time, the Olympic Games became more attractive and profitable at the same time.

Juan Antonio Samaranch was closely attached to the Olympic Movement and he was always ready to provide solutions to the problems obstructing its development. A perceptive and excellent diplomat, he always had a good word to say to all those who endeavoured to carry out the difficult project of organizing the Olympic Games.

He was able to maintain the institution of the President of the IOC in a high level and his behaviour was never provocative towards his colleagues and opponents.

I had the chance to get to know him during the Athens 2004 Olympic Games and then meet him on many occasions at various events of the Olympic Movement. Recently, I had the opportunity to discuss with him, in his office, about the Mediterranean Games of 2013. he always knew how to impress you with his ideas, even during those last years of his life.

For all his accomplishments, one thing is certain: he will always remain in our memory as one of the most important leaders of the Olympic Movement.