It was precisely the documentary “Majlinda – the heroine” by Arben Berisha, that opened the Festival attended by illustrious sports figures.

Unable to physically attend the event, due to the Covid-19 pandemic, the president of the International Federation of Cinema and Sport Broadcasters, Franco Ascani, greeted the organization of the Festival through a video message.

The closing ceremony of the Festival was attended by NOC-Kosovo President Besim Hasani and the Minister of Culture, Youth and Sports, Vlora Dumoshi.

For three days, hundreds of fans of sports films and documentaries joined the screenings at the ABC cinema, while the authors of local films expressed their happiness that from now on their documentaries have the opportunity to be featured in cinema halls, thanks to this Festival. 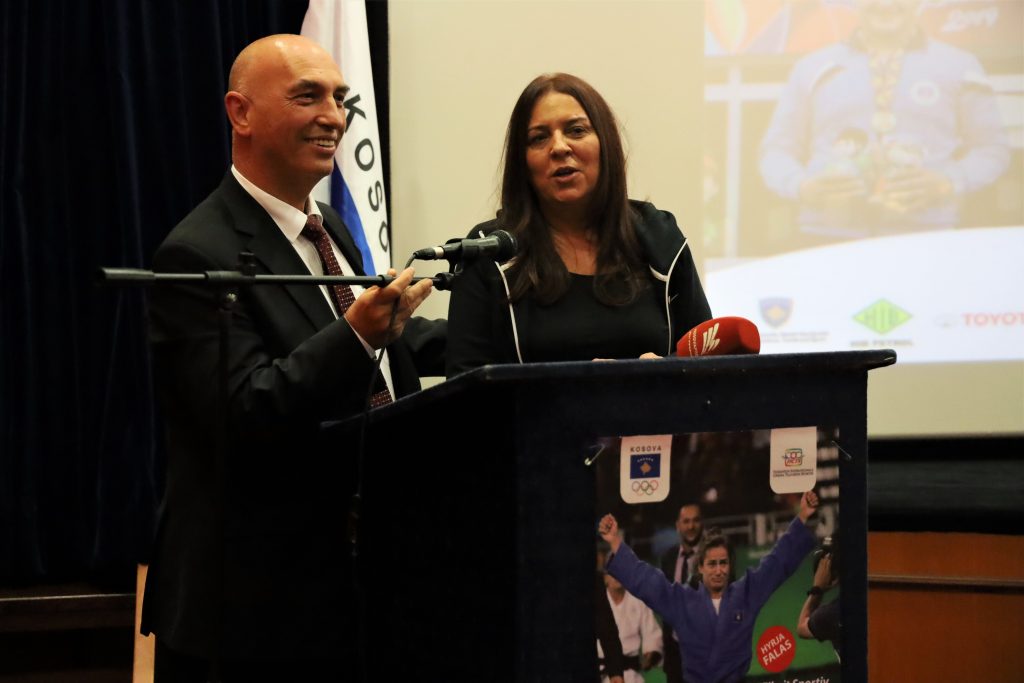