Choose the mascots of the Mediterranean Beach Games Heraklion 2023

The Hellenic Olympic Committee signs the renewal of the cooperation agreement with the French Embassy for the promotion of the “Paris 2024” Olympic and Paralympic Games, the Hellenic Olympic cultural heritage and the promotion of the French language.
The cooperation started in 2018 with particularly positive results and the renewal was signed by the President of the HOC, Mr. Spyros Capralos, the Ambassador of France, Mr. Patrick Maisonnave, the President of the National Olympic Academy, Mr. Giorgos Alikakos and the Advisor for French Culture at the Embassy and Director of the French Institute, Mr. Nicolas Eybalin, in the presence of the ICMG Secretary General Iakovos Filippousis. 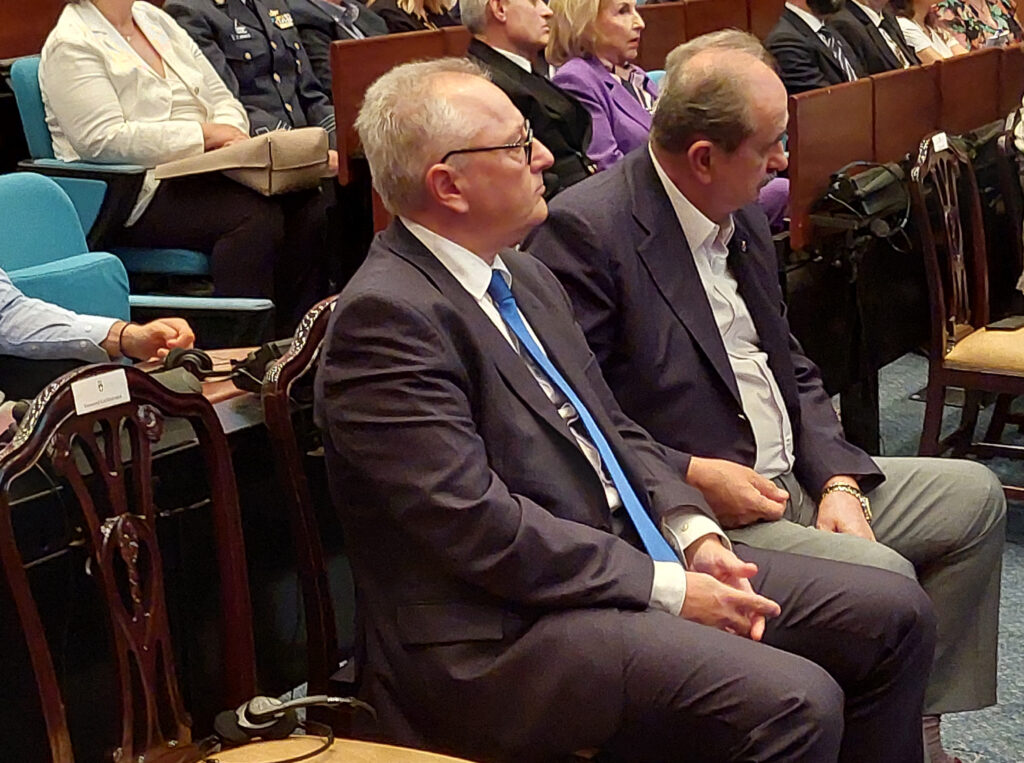 The program aims to promote the values of Olympism, the spirit of mutual aid, tolerance, integration, and Francophonie. The partnership of the specific bodies also aims to encourage the specialized dialogue between Greek and French Olympism experts and the development of European volunteering, in accordance with the Olympic spirit bequeathed by Dimitrios Vikelas and Pierre de Coubertin.
In his address, President of HOC Spyros Capralos said: “this memorandum expresses our desire to contribute in every possible way to the implementation of a perfect organization of the Paris 2024 Olympic Games and, of course, our undivided support in this direction.
The HOC is committed to working by your side from now on so that all Greeks, together with the French people, can experience the powerful emotions that the Olympic and Paralympic Games Paris 2024 will undoubtedly offer. This memorandum of cooperation may be just a document. But together we can put it into action. An action that will improve the lives of thousands of young people. The young people who are the future of our two countries.” 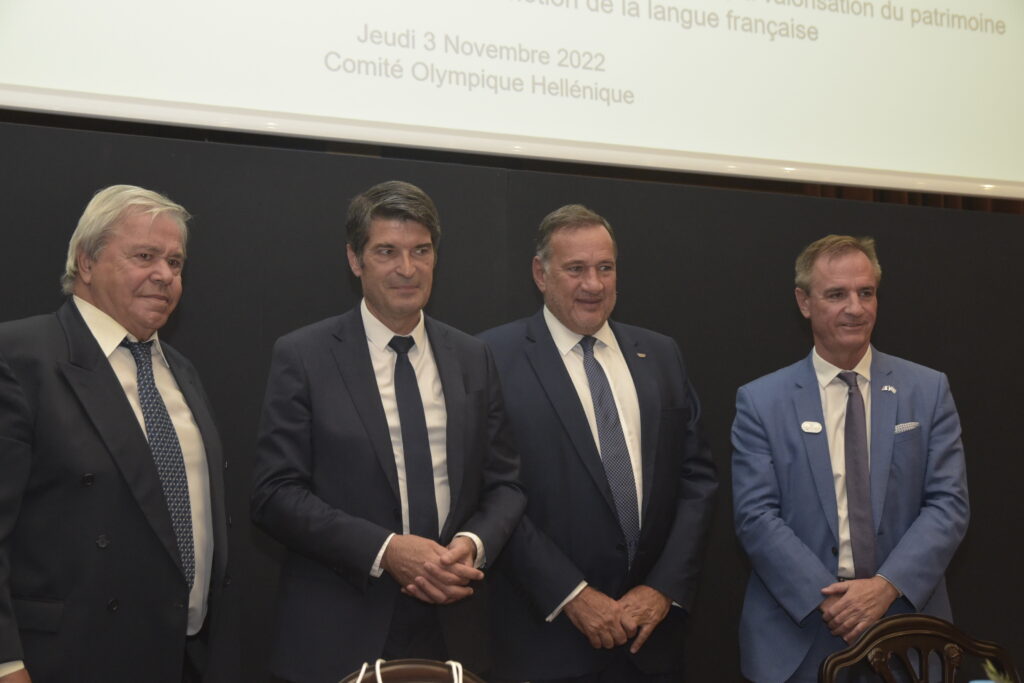 Ambassador of France, Mr. Patrick Maisonnave stressed: “The Greeks organized great Olympic Games in 2004 and now we French are called, 20 years later, to do the same. We must achieve an event with global appeal that will bring together the best athletes from around the world while remaining true to the ideals of Olympism. We want the French and Greeks to stand together for values such as equality, sharing, fraternity and solidarity. These are important values for all of us today. I would like to express my joy at today’s renewal of the cooperation agreement, thanks to which we will be able to implement in the near future a few actions to promote sport and the Olympic values, to which we are so closely connected, addressing the youth of our two countries.”
Olympians Demosthenes Tabakos, Evi Moraitidou and Vassilis Polymeros testified to the experience they gained in organizing the program and participating in the Olympic Games. 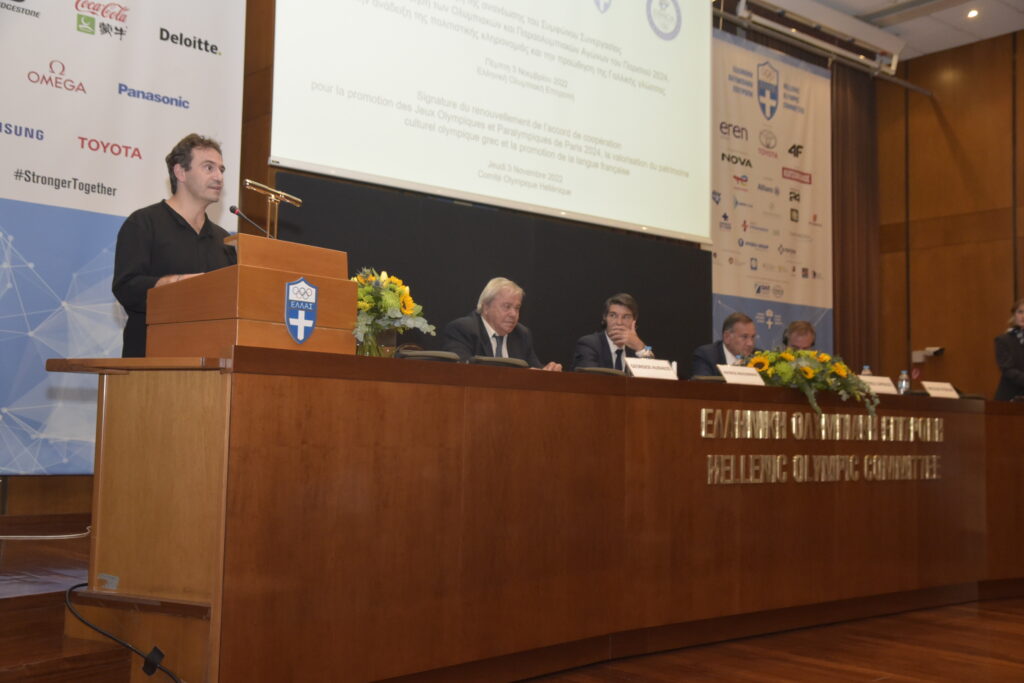 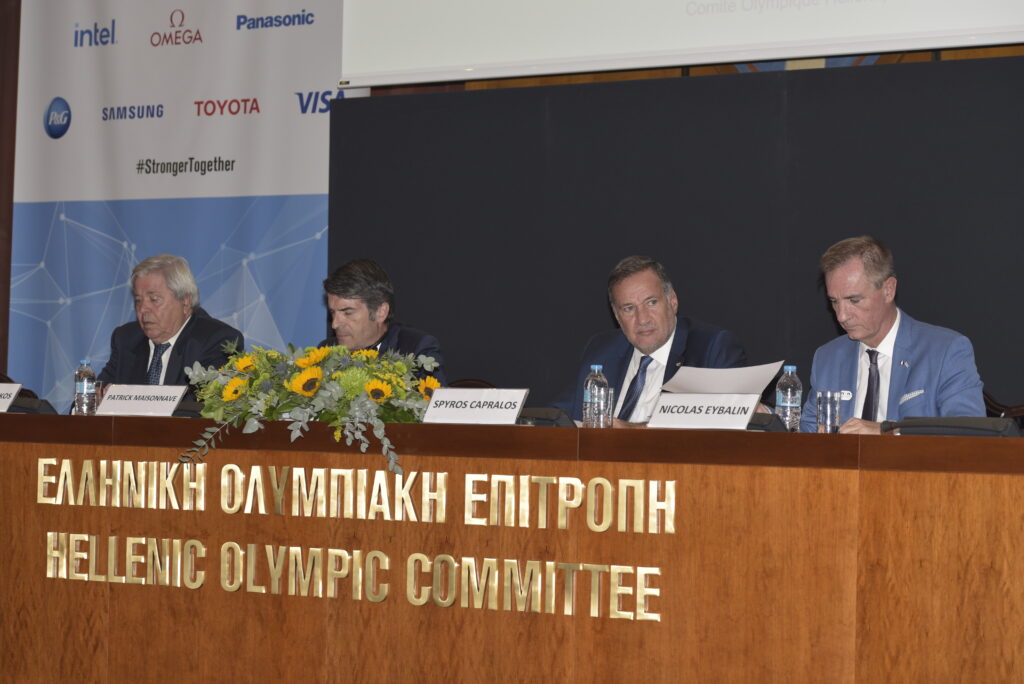