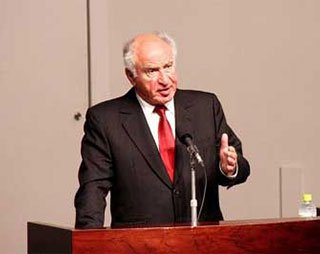 Τhe Mediterranean sports family is mourning. M. Mohamed Mzali, ICMG Honorary President and IOC member, passed away on June 23, at the age of 85.

With him, the ICMG loses one of its pillars. He was for a long time an emblematic figure of the Mediterranean sports movement and a prominent leader.

His constant and outstanding contribution in the Olympic family has been recognized many times and during the last years he was the second longest-serving member of the IOC.

He will always remain in the hearts and the memory of the Mediterranean sports family.