Croatia’s wishes to the athletes participating in the Tokyo Olympics

On the occasion of the departure of the first large group of athletes to the Olympic Games of Tokyo, the Croatian Olympic Committee organized a farewell ceremony for the athletes. The ceremony was held in the Crystal Hall of the Westin Hotel in Zagreb.

Other Olympians, who will travel in the coming days, were also present, such as karate players Ivan Kvesić or shooters Josip Glasnović and Petar Gorša. They were accompanied by their coaches and members of the Croatian Olympic Committee.

The ceremony was also attended by numerous sports and socio-political dignitaries: Minister of Tourism and Sports Nikolina Brnjac, representative of the President of the Republic Željko Jovanović, Ambassador of Japan to Croatia HE E. Misako Kaji, State Secretary for Sports Tomislav Družak and others. 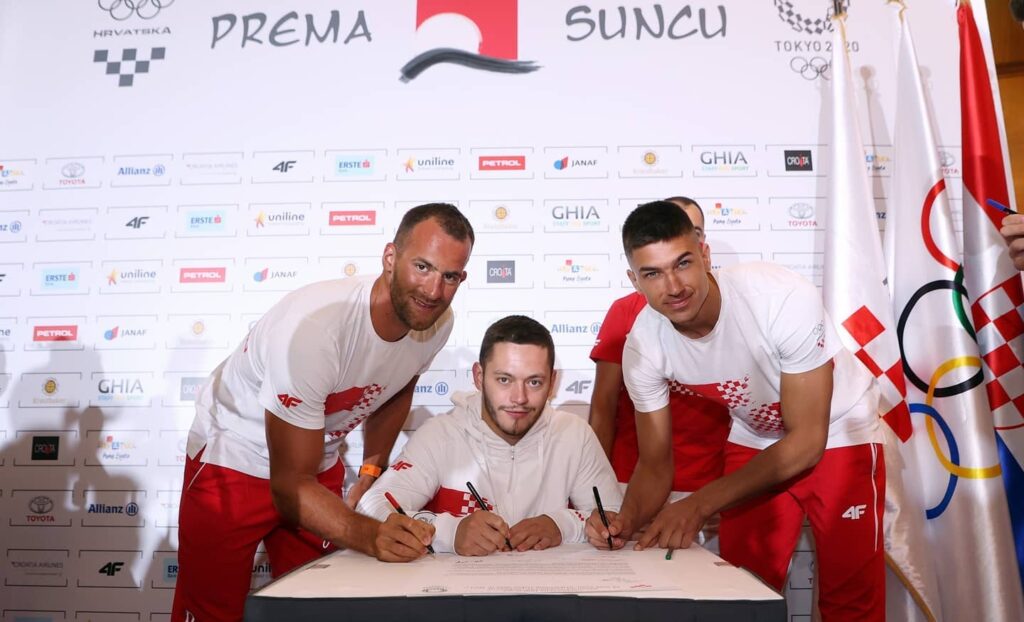