President Mustapha Berraf announced the next activities of AOC

Christos Volikakis won two of the three gold medals for Greece at the Minsk European Games, proving his excellent physical condition, a year ahead of the Tokyo 2020 Olympic Games.

Volikakis took two gold medals in 24 hours, the first one in the scratch race. In the 60-turn race that lasted 17 minutes and 57 seconds, the Greek champion surprised his opponents with clever tactics and at the last two turns of the track he developed the maximum speed withstanding the attack of Polish Prokopitsin and crossed first the finish line. 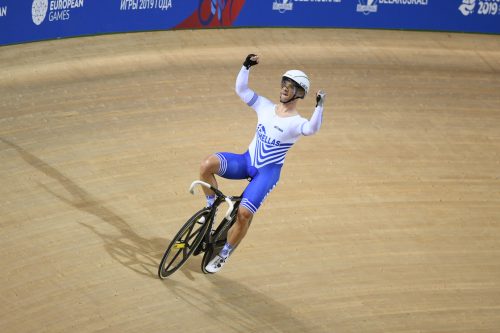 Christos Volikakis – whose trainer is Dimitris Chios and started cycling in 2003 – was one of the favorites to win a medal at the scratch race and made sure to confirm the predictions in the best way.

«The feeling of winning is fantastic. In my last matches I understood that I am in a very good condition, but in cycling there are many imponderable factors. I came to Minsk, I believed in myself and the gold medal came. The HOC President Spyros Capralos also boosted my self-confidence before the race. I saw Greeks at the tiers and that gave my tremendous courage during the race” Volikakis commented on his race. 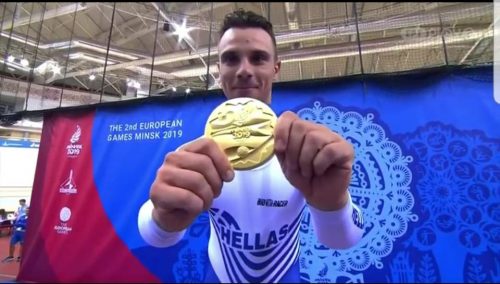 He won the second gold medal in the points race, with 45 points, winning the Dutch Jan Willem van Schip. The Greek champion followed clever tactics , which aimed at being constantly besides the Dutch and overtaking him everytime on the finish line.

Immediately after his new win Christos Volikakis said: “It is a very important victory which gives me a great boost on the way to the Tokyo Olympic Games. I still cannot believe I won a second gold medal. I did want a medal but I didn’t of course know if it was going to be a gold one once again. I am not used to competing with supporters on the tiers and the help of Greeks in the stadium was fantastic. I was becoming more and more courageous in every turn of the race”.

The reward for the medals he won at the European Games came from the Hellenic Olympic Committee who appointed him as flagbearer of Greece in the Closing Ceremony of the Games.

Christos Volikakis is one of the athletes from whom Greece expects distinctions at the Tokyo 2020 Olympic Games. 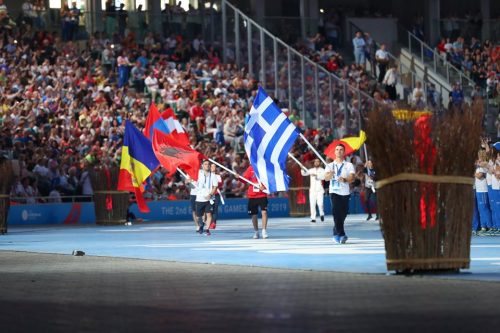