Clarisse Agbégnénou is Olympic champion in -63 kg! Five years after her loss in Rio 2016 to Tina Trstenjak, the Frenchwoman has taken her revenge. Dominant as soon as she managed to install her guard, the five-time world champion scored waza-ari in the golden score with a sweep. She won the only title missing from her incredible record. 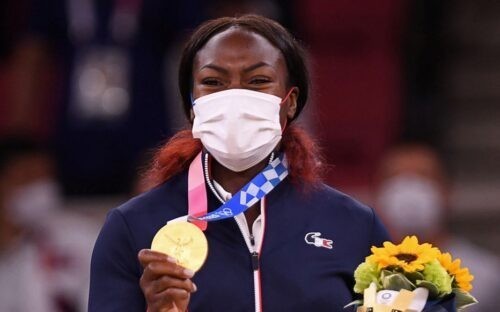