The city of Taranto candidate for the XX Mediterranean Games

The promo video of Taranto

The Olympic Committee of Kosovo (KOC) commemorated the World Day of Sports and Environment with a great sport event in Priština.
This year’s celebration, which was attended by President of the Republic of Kosovo Hashim Thaçi, was aimed at promoting women empowerment in sport. On this occasion, female athletes of various teams symbolically practised sports such as badminton, boxing, curling, football, handball, karate, table tennis, tennis and volleyball at the Zahir Pajaziti square.
“I encourage all Kosovo women to follow the example of Olympic judo champion Majlinda Kelmendi and many other
athletes who have raised the flag of the state of Kosovo everywhere in the world by winning gold medals. In the 11 years of the independence of Kosovo, women have brought the greatest success to our country” Thaçi stated. 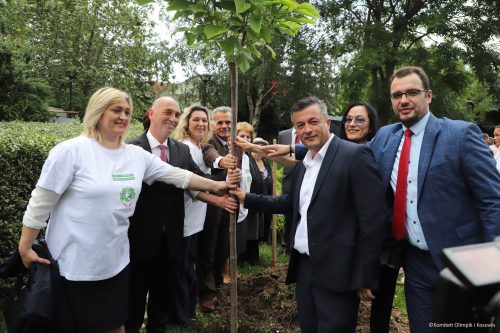