France and Spain shine at the 470 Europeans

Joint effort by Greece and France to defend the Olympic Spirit

France took one gold and and one bronze medal at the 470 European Sailing Championship and Spain took the bronze medal.

After a week of regattas with strong winds in San Remo (Italy), Camille Lecointre and Aloïse Retornaz took the gold at the 470 European Championships. The French have beaten the British Hannah Mills-Eilich Mcintyre and the Nederlands Afrodite Zegers-Lobke Berkhout. 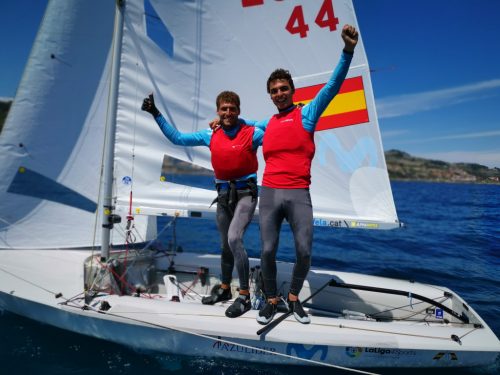