Alejandro Blanco had a virtual meeting with Spanish athletes

The meeting of the ICMG Executive Committee

Spanish NOC President Alejandro Blanco, accompanied by the President of Telefónica, José María Álvarez-Pallete, 100 days before the Olympic Games Tokyo 2020, held a virtual meeting with 74 of the athletes on the Podium programme, to hear about their current situation.

This programme is a joint initiative between the NOC and Telefónica to support talented young athletes. In the seven years of its existence, the programme has reached 262 athletes and awarded 662 grants, producing one Olympic champion, 18 world champions and 34 European champions, with another 41 athletes due to compete in Tokyo.

Alejandro Blanco has also taken the opportunity to encourage the attending athletes to continue training as they are doing, reminding them that they are the present and the future of Spanish sport and assuring them that with work and sacrifice they will reach the top. “I can assure you that you will be totally protected and isolated to be able to train and compete so that you can do what you do best. I am sure that in Tokyo we will have several Podium athletes on the podium. “ 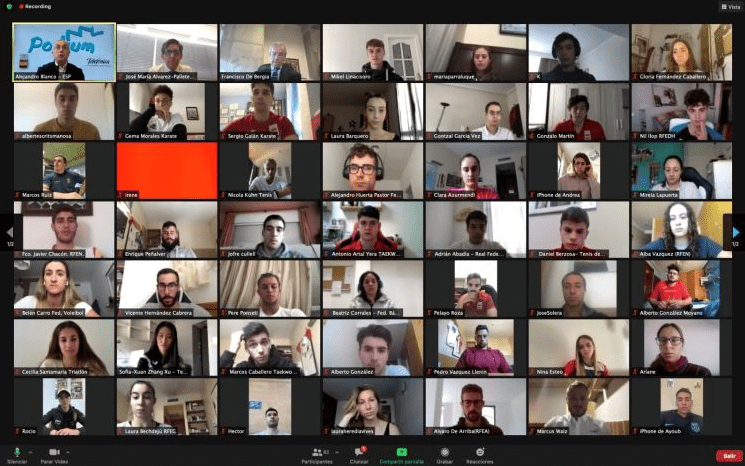